'We are uniting our voices': Rally planned for Tuesday outside Province House

Hundreds of people are expected to rally outside Province House Tuesday, bringing a wide range of issues to the government's attention.
Feb 27, 2018 5:42 AM By: Mark Hodgins 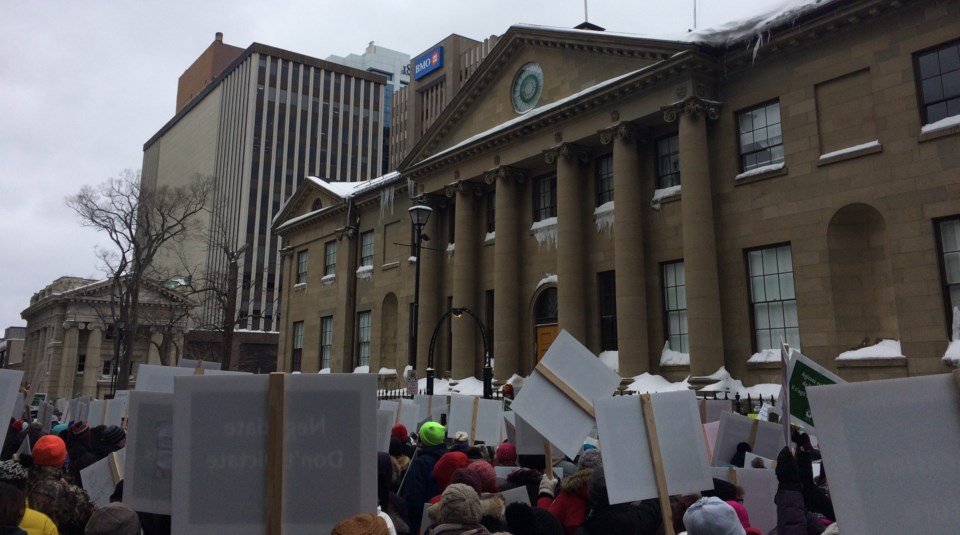 Hundreds of people are expected to rally outside Province House Tuesday, bringing a wide range of issues to the government's attention.

The organizer of Nova Scotians Rise Up says the liberals need to stop ignoring people.

Tuesday's rally is going to coincide with the first day of the next sitting of legislature, when work could begin on planned changes to the education system.

Stacey Rudderham says Nova Scotians Rise Up is about education, but also the environment, health care and mental health services.

Rudderham says this is about individual groups coming together.

"We are uniting our voices and we are going to work together and support each other in these fights," said Rudderham. "We're intending to make sure more people are made aware of how these decisions are made and how they're impacting people."

Rudderham says she's expecting hundreds if not thousands of people to show up Tuesday starting at noon. She says teachers will likely show up after school as well.

Tensions have been high since government accepted recommendations from the Glaze report, and the teacher's union last week voted strongly in favour of a strike mandate.