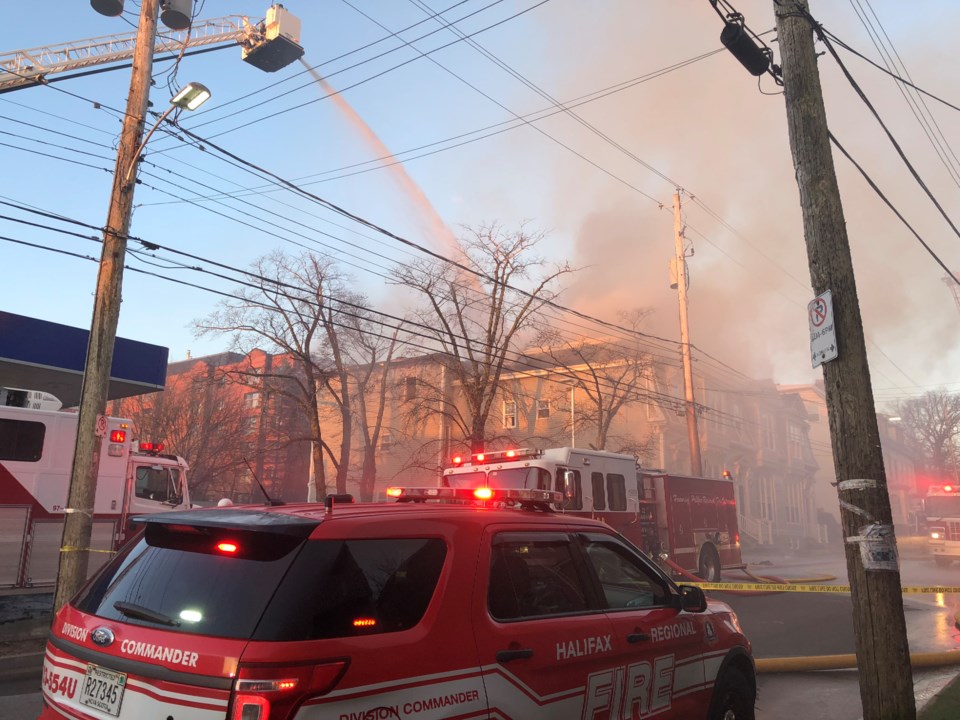 Crews battle a fire at an Inglis St. condo complex on May 8, 2018 (Meghan Groff/HalifaxToday.ca)

Halifax Regional Fire and Emergency says water restrictions in parts of HRM won't have any impact on its ability to put out fires.

"For firefighting purposes, there's no concerns on our part," said deputy fire chief Roy Hollett. "This is mainly to conserve the existing water supply."

On Monday, Halifax Water issued mandatory conservation methods for areas serviced by Lake Major, including no watering of outdoor plants and no washing of vehicles at residences.

Hollett said fire stations will abide by those rules, unless there's a safety issue.

"If it comes to an operational requirement, if the truck is contaminated, we'll still clean it," he said. "But for standard washings that we do to keep the trucks clean, there is no issue with moving the vehicles to Halifax to one of the stations not impacted, cleaning the truck and bringing it back."

In 2016, the last time water levels were low enough for Halifax Water to issue water restrictions, Hollett said there were discussions to plan for a severe drought.

"We're fortunate enough to have Halifax Harbour," he said. "We do have a water supply that we can tap into, or the various lakes and rivers."

Hollett said all they need to do is park a truck beside a large water source, drop a hose into it and suction the water out, just like firefighters do in rural areas of HRM.