Viola Desmond's star was unveiled Friday at the Halifax Waterfront ferry terminal and will be mounted aboard the ferry which shares her name
0
Jun 29, 2018 3:04 PM By: Chris Halef 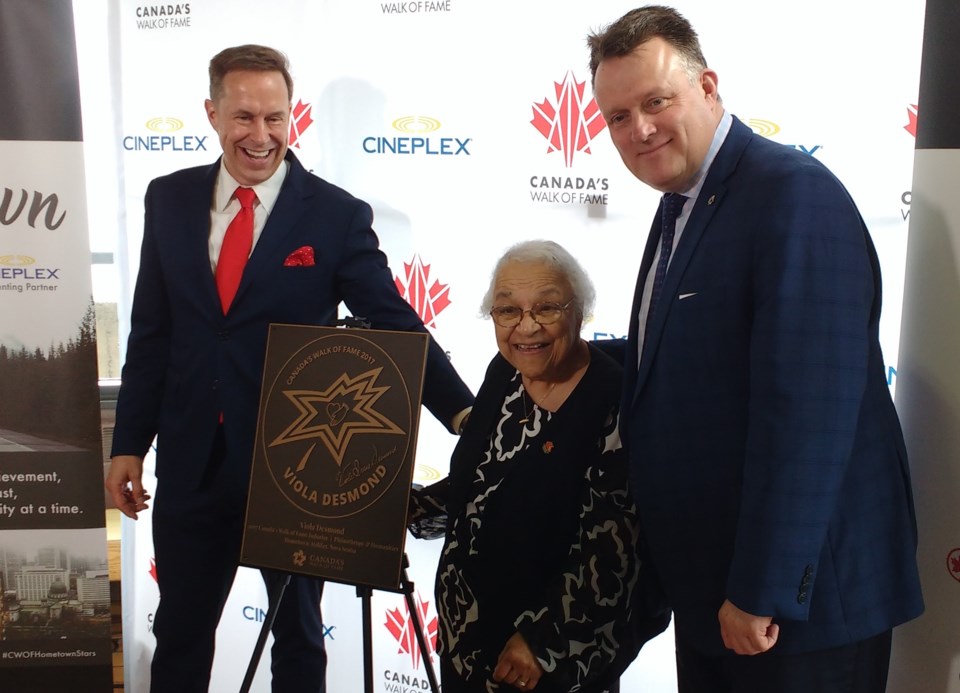 HALIFAX - Viola Desmond has received another posthumous honour for her work as a civil rights pioneer as she's been inducted into Canada's Walk of Fame.

Her star was unveiled Friday at the Halifax Waterfront ferry terminal and will be mounted aboard the ferry which shares her name.

Canada's Walk of Fame has also pledged to donate $10,000, in Desmond's honour, to Cape Breton University and the Viola Desmond Chair in Social Justice.

Desmond's legacy as a pioneer in the civil rights movement stemmed from her refusal to sit on the balcony of a New Glasgow movie theatre in 1946.

Instead, she sat in the whites only section and was arrested and fined. This happened nine years before Rosa Parks refused to sit in the back of a bus in Montgomery, Alabama.