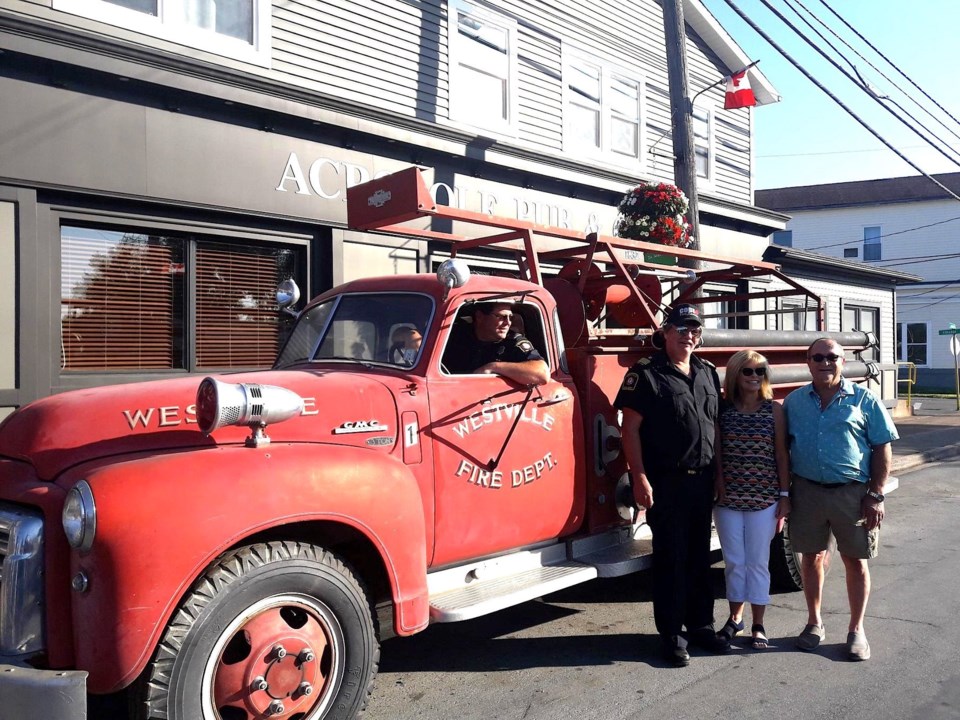 The 1948 pumper was Westville's first custom-made firetruck. Eventually it was retired for newer models in the early 1990s.

But over 70 years after it first hit the streets of the small town outside New Glasgow, it popped up on buy-and-sell website Kijiji.

"It's a huge part of our history," says local firefighter Bill Chace.

Chace says a few months ago, the Westville Fire Chief got an email notifying him of the ad, which said the truck was for sale out of Ontario.

Eventually, the post made its way to social media, where local restaurateur Rhonda Cougias spotted the 1948 GMC LaFrance Pumper.

"It's in perfect shape for the year it is," Cougias tells NEWS 95.7's The Todd Veinotte Show.

Along with her husband Andre, Cougias owns Acropole Pub & Grill. The couple felt that buying the truck would be a great opportunity to give back to the local fire department.

"They give so much to our small town, they're so great. So we decided it was a great opportunity for us to give something back to them," she explains.

For just $5,000 plus shipping, Cougias couldn't be sure exactly what condition the truck was in, but she had her heart set on shipping it to Westville.

"You don't know what you're going to get until it gets here," she says.

When the truck arrived earlier this summer, Chace and the other Westville firefighters were pleasantly surprised.

"Right now our chief and a couple other members are working really hard at getting it shined up," he says.

Chace says the truck still drives and will be used in parades around the community. It even has a working power train.

"It still looks as it did the day it left," he says. "You jump in it now and start it, and away you go."

The truck is an especially important piece of history for the community. Adorned with '#1,' it was the first custom-made firetruck that Westville owned.

"The trucks before that were modified trucks, what they could do to make a firetruck," says Chace.

And in the small town, there are even those who remember the firetruck from its previous days on the road.

"Our deputy chief was on the last call that truck was on," says Chace.

For Cougias, she is glad to have gotten a good deal on the vehicle, but even happier that a piece of history has been returned to the town.

"It's unbelievable to watch it go down a road," she says.

The truck won't be refurbished, but will be kept in working condition to show off the state-of-the-art mid-century craftsmanship.

"We want to keep it just the way it is," Cougias adds. "All it needs it a little bit of elbow grease, a little wax on it and I think it'll look great."

The event takes place at Victoria Park in Westville on Sunday, September 1 from 9 a.m. to 3 p.m.