Turtles facing a tough road across the country

With many Canadians enjoying road trip season, the Nature Conservancy of Canada asks people to watch out for turtles
Aug 1, 2020 10:05 AM By: HalifaxToday Staff 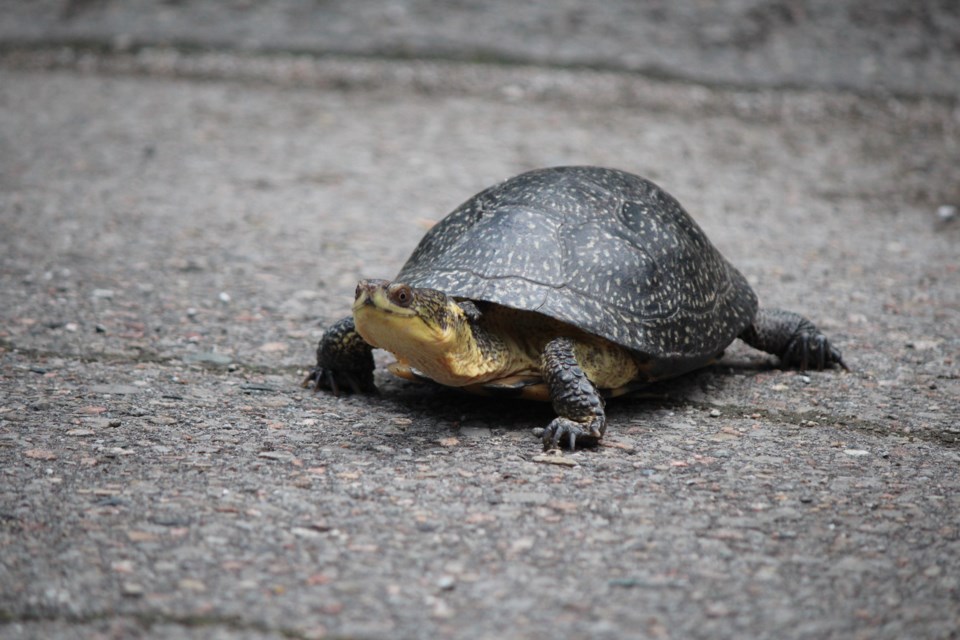 A Blanding's turtle (Photo courtesy of Nature Conservancy of Canada)

As more COVID-19 restrictions are lifted across the country, the Nature Conservancy of Canada (NCC) wants motorists to watch out for turtles on busy roads.

Turtle populations are declining across the country due to vehicle collisions. In Nova Scotia and New Brunswick, turtles are in categories such as endangered, threatened or special concern.

“Turtles are not just adorable, they’re an important part of wetland ecosystems,” Kristyn Ferguson, NCC’s program director, says in a news release. “They help keep wetlands clean and healthy by eating dead plants, insects and animals, and play the role of the wetland janitor.”

In Nova Scotia, the NCC is concerned about the Blanding's turtle, snapping turtle, eastern painted turtle and wood turtle species.

Turtles spend most of their lives in a small area. Between May and October, they usually only wander as far as 10 kilometres.

Like other reptiles, turtles are cold-blooded. On cooler days, they enjoy the warmth from gravel, sandy roadsides or warm asphalt.

In spring, adult turtles set out to mate and find nesting sites. By late summer and early fall, newly hatched turtles travel from where they hatched to a nearby wetland or body of water.

Even though turtles have strong shells to protect them from predators, it won’t protect them from vehicles. And if a turtle is struck by a vehicle, it can be a bigger impact to the species than just the loss of that one turtle.

Turtles can take up to 25 years to reproduce, and their egg survival rate is low. Only about two eggs out of 100 become adult turtles.

The NCC encourages motorists to slow down if they encounter a turtle on the road and ensure they can safely drive around it. It also created a video on how drivers can help turtles return to safety.

List of turtle species, range and assessment by Committee on the Status of Endangered Wildlife in Canada (COSEWIC)