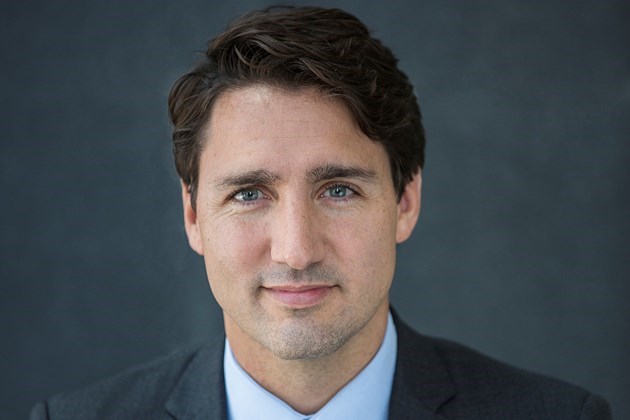 The prime minister will kick off his cross-country town hall tour in Nova Scotia.

Before the event, Justin Trudeau spoke with NEWS 95.7's The Sheldon MacLeod Show, and said the meetings are a way for him to stay connected to Canadians.

"It can impact on policy decisions, I have a better idea of what Canadians in a given community are preoccupied with," he explained. "Sometimes in the bubble in Ottawa, we get wrapped up in things that aren't resonating, and aren't really top of mind for a lot of Canadians."

MacLeod touched on several topics during the conversation with Trudeau.

When asked about the former child refugee who spent 10 years in foster care in Halifax, and now faces deportation following a prison sentence, Trudeau said he can't speak about any specific case, but said the government is taking the case seriously.

"We have a compassionate system, but we also have a rules-based system. One of the things we can be proud of in Canada is that we have a country where Canadians are more positively inclined towards immigration and refugees than just about any other country in the world. And one of the reasons for that is people know we have a strong rules-based system that treats everyone fairly, that is applied responsibly and not arbitrarily, and that's something that's really important to defend."

Joshua Boyle, his American wife, and their three children were rescued and returned to Canada after spending 5 years as hostages of a Taliban-linked group in Afghanistan. Boyle is now facing 15 charges, including eight counts of assault, two of sexual assault and two of unlawful confinement. Trudeau met with the family following their release. MacLeod asked Trudeau if he regretted the meeting.

"We've been very, very active on consular cases. We've had a number of successes in bringing people who were stuck in difficult situations overseas home, bringing them to safety. The engagement that my office has directly with those cases led me to meet with a number of people who've been released. These kinds of things are something that I do. I always try to defer to meeting with more people, rather than fewer people. In particular, people for whom we've been working hard over the past few years, I think that's something important to do."

MacLeod said Trudeau has been working on growing the middle class, but added minimum wage workers are long way from that benchmark. Trudeau said the Canada Child Benefit is helping to raise children out of poverty. He also pointed to his government's housing strategy and the raising of the guaranteed income supplement for seniors.

"There's lots more to do. As we pointed out  in the last election, raising the minimum wage at a federal level, it doesn't have a massive impact. But we're very much looking at what the provinces are doing and happy to be supporting the great work that they're doing on making sure that everyone has an opportunity to succeed."

The heartbreaking story of a Nova Scotian family struggling to care for their nine-year-old son with severe autism who suffers from violently aggressive fits of frustration has prompted a call for a national autism strategy. Trudeau didn't specifically address a national strategy but said autism spectrum disorder has a big impact on many Canadian families.

"On the federal side, we do an awful lot of investment in research and data improvements, surveillance and training skills -- the kinds of things that the federal government has jurisdiction over. We're also doing a lot of work supporting directly some of the stakeholders that work with families and communities."

Ethics commissioner Mary Dawson found Trudeau's December 2016 trip violated four parts of the Conflict of Interest Act. Conservatives are calling for the ethics committee to question the prime minister. MacLeod asked Trudeau if he would testify. He didn't answer, only saying it's important to have a commissioner to make findings which are "separate from the partisan politics and the mudslinging that goes on on the floor of the House of Commons."

"That's why I've always worked with the ethics commission. Canadians can be reassured by the work she does, the work she's done, and the findings she had. Certainly I take those findings very, very seriously and will absolutely change the way we approach vacations going forward."

"I have stacks of briefing books and issues to go through that are of deep concern to Canadians, and I'm going to stay focused on that."

The prime minister said there would be "absolutely no vetting" of questions from the audience and the meeting would be open to anyone who wants to come out on a first-come, first-served basis.