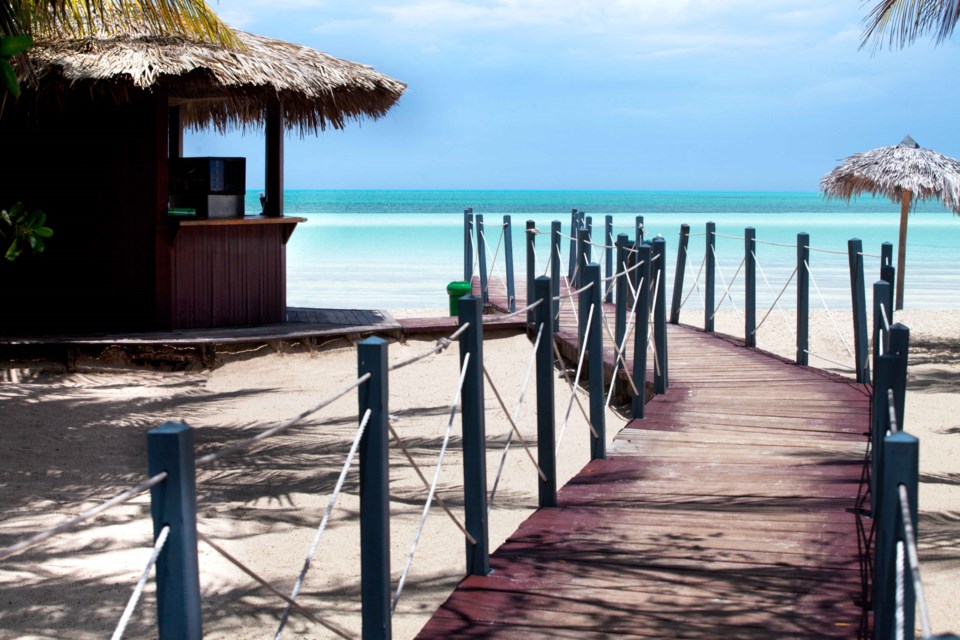 The owners of a Halifax travel agency hope to extend the Atlantic bubble to the Caribbean this winter.

Pink, who has over 35 years of experience in the travel industry, said the team at Absolute Travel Specialists is still working on final details but that it’s looking “awfully promising.”

“There are a couple areas in Cuba that are willing to be exclusive just to us in the Atlantic bubble,” she said. “We would definitely be on a direct flight a hundred per cent with people from here. We would be going to a resort that just has us, we would be spending our lovely week on that resort and we would be coming back home.”

Pink said she’s open to having Atlantic Canadians be tested upon returning from Cuba, but the main hurdle that must be lifted is the self-isolation requirement.

“We want Dr. Strang to feel that we’re following safety protocols and that everything is perfect in that regard,” she said,” and hopefully he would lift that 14-day quarantine when we come back because why wouldn’t he? We’re just taking the bubble; we’re just taking it with us.”

She said they’re aiming for areas of Cuba where there are few or no cases of COVID-19 that “mirror” Atlantic Canada’s situation.

Still, the plan hasn’t been presented yet to Robert Strang, Nova Scotia’s chief medical officer. But Pink said she thinks Absolute Travel Specialists has a winning case — she just wants to have all the details sorted before bringing the idea to Strang.

Pink said she can't disclose what she's using in the case she'll present to Strang, but it could include recent research conducted by three aircraft manufacturers: Airbus, The Boeing Company and Embraer.

According to the research, the risk of contracting COVID-19 on a flight is very low. Since the start of 2020, 1.2 billion people have travelled on airplanes. Out of those passengers, there have been 44 cases of confirmed or potential transmissions of COVID-19.

While the researchers recognize this may be an underestimate, they say that's around one case for every 2.7 million travellers.

While Strang hasn’t approved of the travel agency's plan yet, many Atlantic Canadians are enthusiastic about the idea.

On Oct. 2, the Chronicle Herald wrote an article about Pink’s plans. After that article was published, Pink said within 24 hours over 2,000 people followed Absolute Travel Specialists’ Facebook page.

“One of the things we’ve learned, even if that didn’t come through, most of Atlantic Canadians want to travel to a place that has only other people within the bubble,” she said.

According to a poll in September, slightly more than half of Atlantic Canadians did not support the bursting of the Atlantic bubble. But many of the respondents said they’d change their minds if the rest of Canada saw consistent low numbers and a sustained period of two weeks with no new cases.

Still, Premier Stephen McNeil said on Oct. 6 that the Atlantic bubble would not be opening “any time soon” due to the rise of cases in the rest of Canada.

But Pink hopes Atlantic Canadians will soon have the option to travel to the Caribbean.

She said the Dominican Republic will also eventually be an option, but the focus is on Cuba.

“We’re going to put that to the side for now,” she said. “We’re going to start with Cuba because it’s important to us that we’re dealing with an area that has low to no COVID (cases) obviously. But they’re so interested in having us and want to have us.”

From the resorts she’s planning with, she said staff will be tested and self-isolated for 14 days prior to accepting tourists.

Once the plans are ready and Strang has approved of the idea, Pink said she hopes to have the first airplane fly out in December or January.