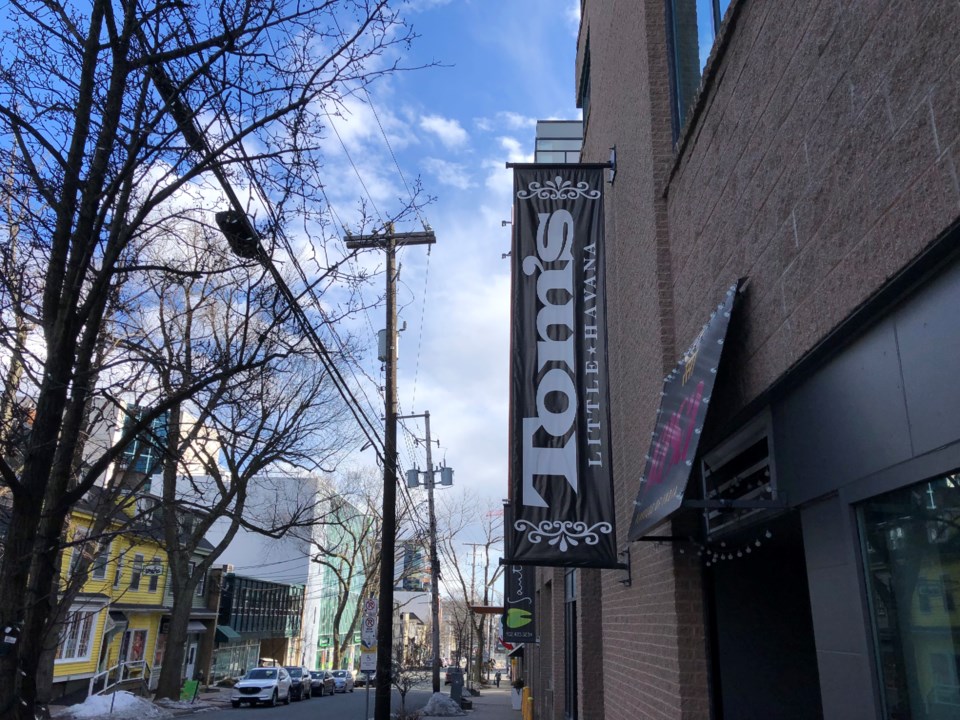 The owners of the building – who also own Rasa Flavours of India next door – will be expanding, re-branding, and opening a spot called Sura Lounge.

With the restaurant’s Tom Wile no longer around, the family behind Rasa wanted a change.

“Tom is no longer on the scene, and this is no longer a Havana. This is a long overdue change,” said co-owner Deeksha Bhaskar.

“This is a great new concept, and we think people are going to love it.”

Tom’s moved from Doyle Street to Birmingham in 2015, and Bhaskar and her father took over Tom’s & The Fireside in 2017, turning the latter into Rasa.

Now, the new concept for Sura Lounge will feature Indian cuisine, and will be a complement to Rasa.

The last day for the Havana is March 27, and will say goodbye to the old, and welcome in new brands for the taps, including Garrison and Good Robot.

There will be an auction, hosted by Dan Hendricken, where popular Tom’s items will be sold.

A portion of the proceeds will go to Enactus Saint Mary’s program Square Roots.

“This was a program I was involved with before doing this business,” she said. “We wanted to see the impact these contributions could have, and this is something we’re connected to.”

“It focuses on food insecurity and waste, and helps people get healthy fruits and vegetables. It’s something we want to support.”

While some will mourn the loss of Tom’s Little Havana, co-owner Bhaskar is looking to the future.

“While change is bittersweet, it’s also inevitable. It was time for a change,” she said.

“I know many people were connected to the spot, but this is not a closure, it’s a growth and re-branding.”