While two-thirds of respondents agreed there was systemic racism in Canada, only 25 per cent said it was a serious problem in their province
Jun 27, 2020 3:15 PM By: Victoria Walton 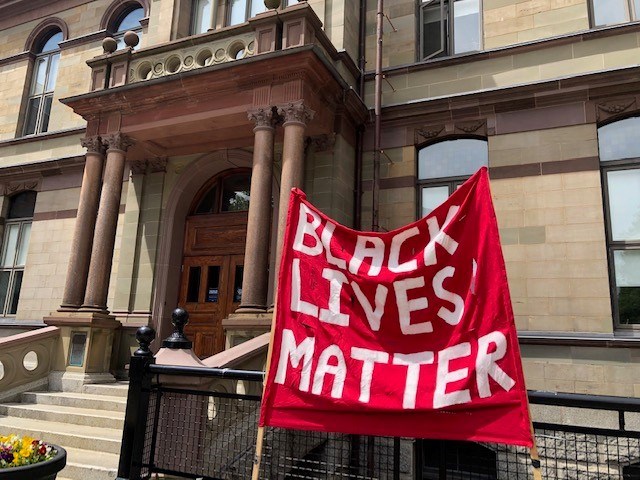 Halifax-based polling company Narrative Research has released the results of their latest survey, which asked Canadians about their opinions on recent anti-racism protests across the country.

“With all of the demonstrations and anti-racism rallies taking place over the last few weeks, in our world of research we wanted to understand public opinion as a key component in that discussion,” Narrative Research CEO Margaret Brigley tells NEWS 95.7’s The Todd Veinotte Show on Saturday.

Brigley says the survey asked 1,200 residents about their opinions and many Canadians responded that they were in favour of the rallies.

“What we saw clearly is that three quarters support the ongoing demonstrations, and one third completely supported them. So clearly there’s widespread backing for change and a real desire to fight injustice and inequality in our country,” she says.

There have been at least four recent rallies in Halifax in support of Black Lives Matter and the police-involved deaths of Chantel Moore, George Floyd, Breonna Taylor, Regis Korchinski-Paquet, and Ejaz Choudry, among others.

“There has been such a spotlight put on this important issue, and everyone’s aware of that. And I think it’s a matter of people taking note of what’s being communicated,” says Brigley.

Across different demographics, Brigley says she was surprised to see few differences. However, younger people in general were more likely to be supportive of the movement.

“But it didn’t matter what broad age group, the majority of Canadians offer support, and that doesn’t matter what, regardless of gender, ethnicity, income, education level or employment status. So this is something that was very consistent regardless of what province people are in,” Brigley adds.

However, Narrative Research did find that people are less likely to recognize racism in their own backyards.

“When we asked them to bring it home more so, how serious of a problem is it in your province or in your workplace, we see a bit of a disconnect,” says the CEO.

“You could say that maybe that’s encouraging news, but the other thing that you could really interpret that to mean is that it’s masking the fact that racism and discrimination, they exist but they’re not always recognized,” Brigley says.

Brigley says she hopes that business owners and policymakers take this data and use it towards creating things like equitable hiring programs if they don’t already have one.

“Just over half of working Canadians said their employer has a workplace diversity policy in place. Three in 10 don’t know and less than two in 10 said they do not,” she says. “So it’s time for action and I think that Canadians are clearly calling for change and a move towards anti-racism.”