Roses are red and people are blue ‘cause the bushes on Dunbrack will soon be removed
Jul 11, 2019 3:50 PM By: Meghan Groff 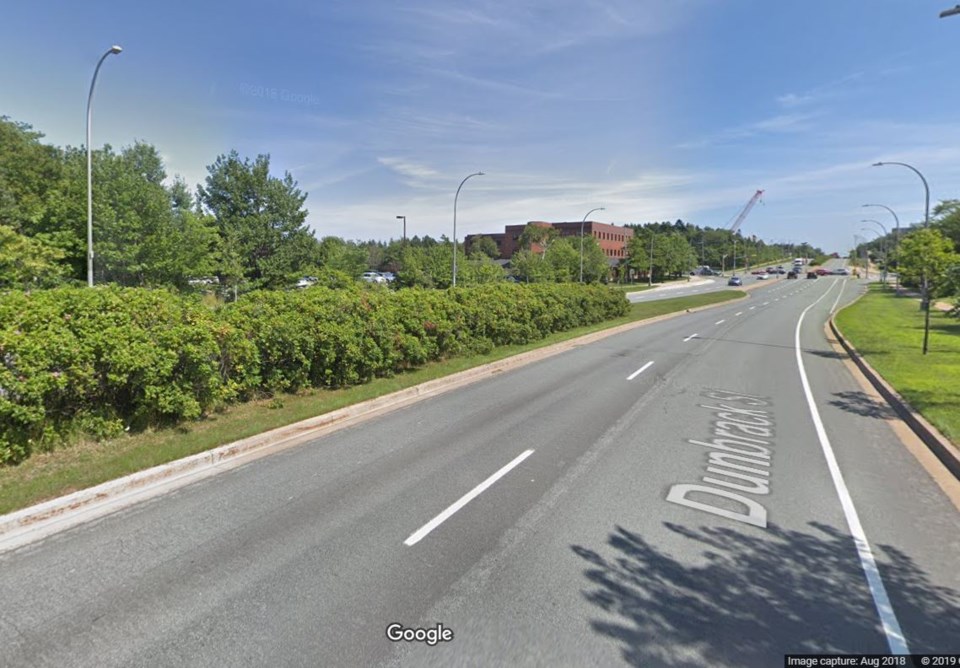 Rose bushes in the median on Dunbrack Street (Google Maps)

A tender has been issued to remove the rose bushes in a median along a busy stretch in Clayton Park.

Halifax Regional Municipality wants to dig up the bushes, along with their root system, for 245 metres along Dunbrack Street.

In an emailed statement to HalifaxToday.ca, municipality spokesperson Erin DiCarlo says they have received a number of complaints from residents and from municipal crews about sight-line issues created by the bushes.

HRM Safe Streets for Everybody's Martyn Williams says he doesn't feel safe crossing at the nearby intersections, so he often waits for traffic to clear, then crosses Dunbrack over the median through the roses.

"Because it's cleared -- they don't go right up to the road side, there's a patch of grass on either side of the bushes -- it is actually really easy for you to see traffic and for drivers to see you," he tells NEWS 95.7's The Rick Howe Show.

He adds, the blooming flowers help to beautify a section of HRM that otherwise would be an ugly place to drive through.

DiCarlo's statement went on to say the bushes end up collecting a lot of trash and their maintenance is costly.

"The maintenance is very labour intensive and involves things like litter removal, cutting back of the roses every year, weeding the beds, edging the garden beds, and applying mulch," she says. "Removing the bushes was determined to be the best long-term solution for overall safety."

She says once they're gone, trees will be planted in their place.

"Eventually they're going to create sight-line issues too, aren't they?" Williams says. "Someone's still got to trim around those trees, there's maintaining the tree itself to make sure it doesn't create danger for traffic."

"I would have thought some of the same costs would be involved with maintaining trees and the same issues would be caused by them."

The start date of the rose removal is still to be determined, but it'll likely happen later this summer or in the early fall.