Many truckers have faced a lack of bathrooms, food options, and even places to sleep during COVID-19
Apr 5, 2020 1:39 PM By: Victoria Walton 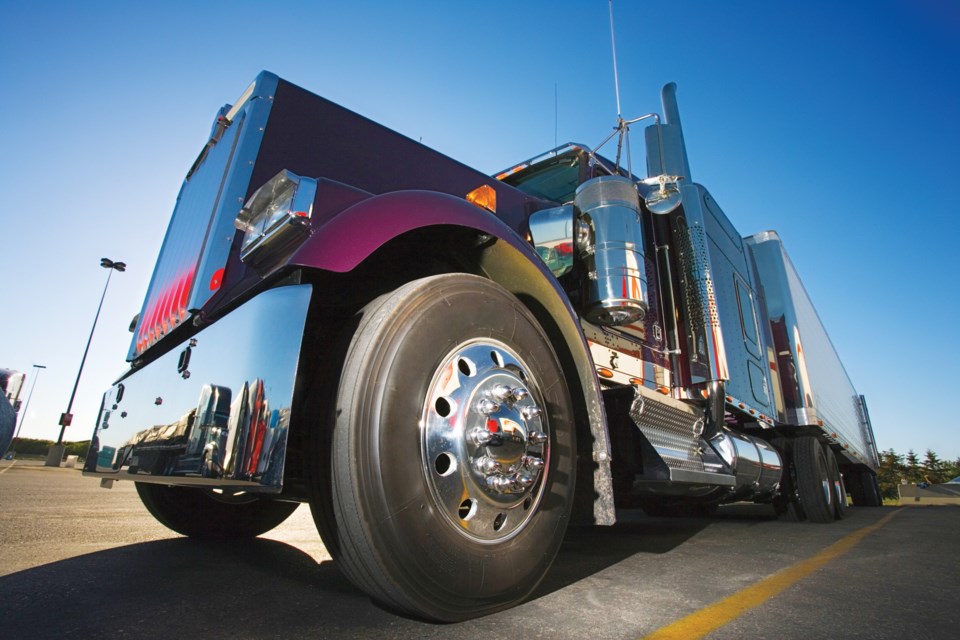 The shipping industry has seen a massive change in the last several weeks.

“Things have changed, are changing daily for everybody. But for us as well. Different provinces have been announcing policies throughout this,” says Jean-Marc Picard, Executive Director of the Atlantic Provinces Trucking Association.

Picard tells NEWS 95.7’s The Todd Veinotte Show that truckers so far have only run into a few problems at border crossings, and most can be quickly resolved.

“Trucking has predominantly been exempt from most of this because we are an essential service,” he explains.

However, truckers across North America have reported problems accessing washrooms and getting food from restaurants that have gone drive-thru only.

“Drivers are finding it tougher and tougher to get a place to shower, to rest, to have some food,” Picard says.

In response, Picard says the association began a social campaign to counteract the negative responses.

“We launched a campaign nationally, #ThankaTrucker, to create awareness for this,” he says. “And it’s actually starting to bring a lot of good out of this.”

Online, local businesses and families have been posting to the hashtag to tell truckers they're open, or to recognize a trucker in their own lives.

“A lot of companies are calling us, stepping up to offer meals, free showers in the hotels and things like that,” says Picard.

Picard says this wasn’t the way the industry planned on drawing attention, but he’s happy with the positive feedback.

“It’s too bad that it’s in this situation, but I think that a lot of people realize how important we are to everyone’s daily lives across North America,” he added.

The industry rep says he can't predict when the industry will return to normal, but says his association is keeping open communication through the pandemic.

“We communicate daily with our members, and we’re trying to inform them as much as possible on what’s happening,” Picard says.

Although some drivers are worried about their health or their families, the industry has made cleaning and safety a priority since COVID-19 began.

“We ask them to self-monitor obviously, and be extra careful out there,” he explains. “They’re limiting their contact with authorities, customs officials. They’re now accepting different measures to show documents and stuff like that.”

The amount of trucks on the road has seen a decline during the pandemic, but has also seen increased demand in some areas.

“We had a real big surge for the last three weeks in food and some supplies because there was panic buying out there. But now it’s kind of settled in,” Picard says.

But thanks to grocery stores and other essential services, Picard says he’s just happy that drivers can remain on the road and provide for their families.

“I’m not sure how fast we’re going to flatten this curve and get back to our normal lives,” he says. “But hopefully when things get back to normal, and businesses are starting to ramp up production, we start to get busy again.”