The founder of Peace by Chocolate has been named one of this year's RBC Top 25 Canadian Immigrant Award winners, and he's received the RBC Entrepreneur Award
Sep 15, 2020 4:45 PM By: Meghan Groff 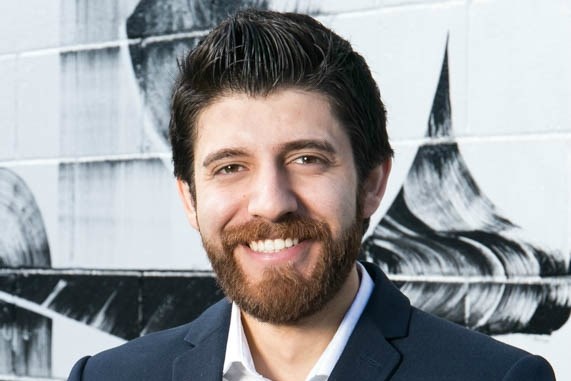 Tareq Hadhad is one of Canada's top immigrants of 2020.

The founder of Peace by Chocolate has been named one of this year's RBC Top 25 Canadian Immigrant Award winners -- the only Nova Scotian on the list -- and he received additional recognition by becoming the fifth annual recipient of the RBC Entrepreneur Award.

He said it's an honour to be recognized along with so many other immigrants who working hard to make Canada a better place for us all.

Before coming to Canada, Hadhad's father owned a chocolate factory in Damascus.

It was bombed in 2012 and the family was forced to flee Syria for Lebanon where they spent the next three years in a refugee camp.

"I landed at Pearson airport in 2015 and I had no idea where I was going," Hadhad told NEWS 95.7's The Sheldon MacLeod Show. "I landed in Nova Scotia the day after that and I honestly just wanted to give back, to share our talents and our skills."

His chocolate company has garnered worldwide attention and it's now a thriving business in the town.

Hadhad said it took a lot of hard work, determination, persistence and a positive attitude to build the business, but he felt like he was backed by the community in Antigonish.

"It is possible to be successful in a smaller place because you have a family of 5,000 people around you," he said. "I really say kindness begets kindness."

Hadhad said the list of winners is a perfect example of what makes Canada great and shows how our economy, well-being and social welfare depend on immigration.

"We are so much richer when we welcome people from abroad," he said. "We all have one goal and that's to have a brighter future and to build a safe and peaceful life for everyone."

Despite the challenging conditions brought on by the pandemic, there have definitely been some highlights in 2020 for Hadhad. In January, he became a Canadian citizen, and a film about his family's story is scheduled to be released later this year.