'We were just so close and then this happened,' said Anna Hutchinson of Hutchinson Acres
Aug 10, 2018 1:26 PM By: Meghan Groff 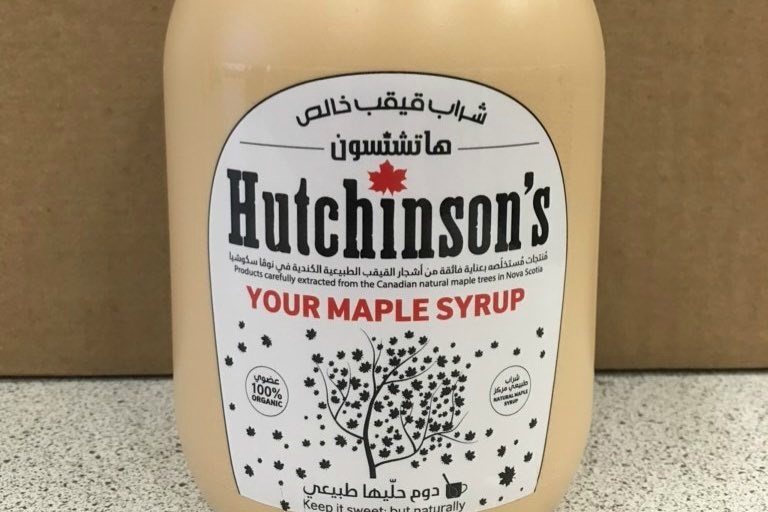 A Nova Scotian maple syrup producer is getting caught up in an international diplomatic dispute.

Hutchinson Acres started pursuing international markets about a year ago, and has put a lot of work into getting an order ready for a client in Saudi Arabia.

"We're only about a week away from shipping it," said Anna Hutchinson.

She told NEWS 95.7's The Rick Howe Show specific jugs had to be ordered for the customer and there's been a lot of back-and-forth about the labelling requirements for the two pallets of syrup that have all been printed in Arabic.

"It's been a lot of work and we're just about finished. We were just so close and then this happened."

The spat between Canada and Saudi Arabia arose after our Global Affairs Ministry tweeted they were "gravely concerned about additional arrests of civil society and women's rights activists in #SaudiArabia."

As a result, Saudi Arabia has cut off diplomatic ties, announced the recall of thousands of students attending Canadian universities and declared a freeze on all new trade deals.

"We heard about it on the news like everyone else did and I thought, 'Oh that doesn't sound good, we should probably keep an eye on that,'" explained Hutchinson. "Then our customer called us, I think Tuesday or Wednesday morning, and he was really upset. He said, 'It's not going to happen, they're not going to let it in.'"

Hutchinson said the deal is now on hold. She's hoping for a quick resolution but fears that won't happen.

Labels created for each market follow specific government requirements for that area, so she can't send the shipment to another country.

"I could go through every bottle and pull them all off but, the thing is, I bought these bottles specifically for this customer so they're not even the same bottles I use for any of my other customers, so it's put us in a pretty big situation."

Since going public on social media, Hutchinson has been inundated with emails and phone calls from people who want to buy a bottle.

"We've really been getting a lot of support from Canadians saying 'I don't care what label is on it, ship me a jug.'"

However Hutchinson said she hasn't yet heard from anyone in the government.

"The government should be helping us," she said. "They've been promoting us to do marketing, they've been wanting us to go on these trade missions. Export, export, export is what we've been hearing for years."

All that marketing and travel has cost her company a lot of money and she fears she won't get a payoff, but said it feels amazing to know Canadians are willing to step up.

"It would be really nice if the government would help us out here, but you know what, if I have to, I'll sell a jug to every single Canadian across the country until they're gone."