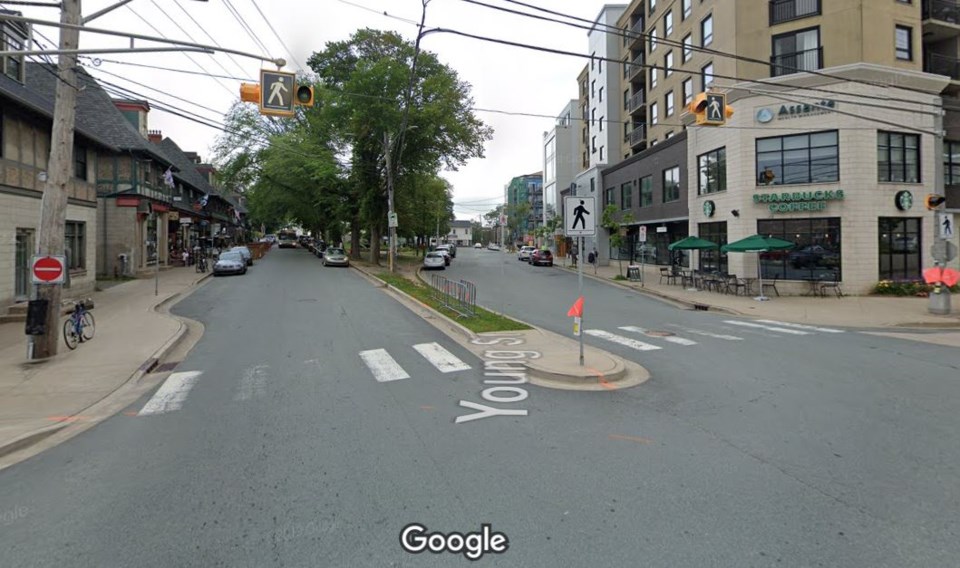 The Halifax Regional Municipality is advising residents that construction of the Young, Kaye and Isleville streets improvement pilot project has begun.

This pilot project will include temporary features designed to improve the safety and comfort of those walking, rolling, cycling and driving. New features include a raised median, curb extensions and increased back-in angled parking.

Installation is expected to take approximately one week to complete.

A temporary raised median will be installed at the intersection of Young and Isleville streets to facilitate a safer crossing for those walking, rolling and cycling. This measure will also serve to calm traffic on either side of Isleville.

The raised median will reduce the overall crossing distance for those walking, rolling and cycling and allow the intersection to be crossed one lane at a time.  A small central passage will allow those on bicycles, as well as emergency vehicles, to continue to travel through the intersection.

The existing parallel parking spaces on the south side of the street will remain in place.

The new, angled parking design is safer and more efficient for pedestrians, drivers and cyclists.

Curb extensions will be installed on Kaye Street at the intersections of Gottingen and Isleville streets.

Curb extensions reduce the width of the road by extending the curb into the roadway. These features are intended to improve safety for all road users by decreasing vehicular speeds, reducing pedestrian crossing distances, and improving sightlines for those driving.

An online survey will be launched in the coming weeks, where residents will have an opportunity to provide feedback on the pilot project. The survey will be available here. Residents can also contact 311 if they have feedback or questions about how to use this space safely.

These features are expected to remain in place until winter 2021, or later.