Tareq Hadhad said the whole process has been exciting and he hopes his family's story will pay tribute to other newcomers to Canada
Mar 5, 2020 12:24 PM By: Meghan Groff 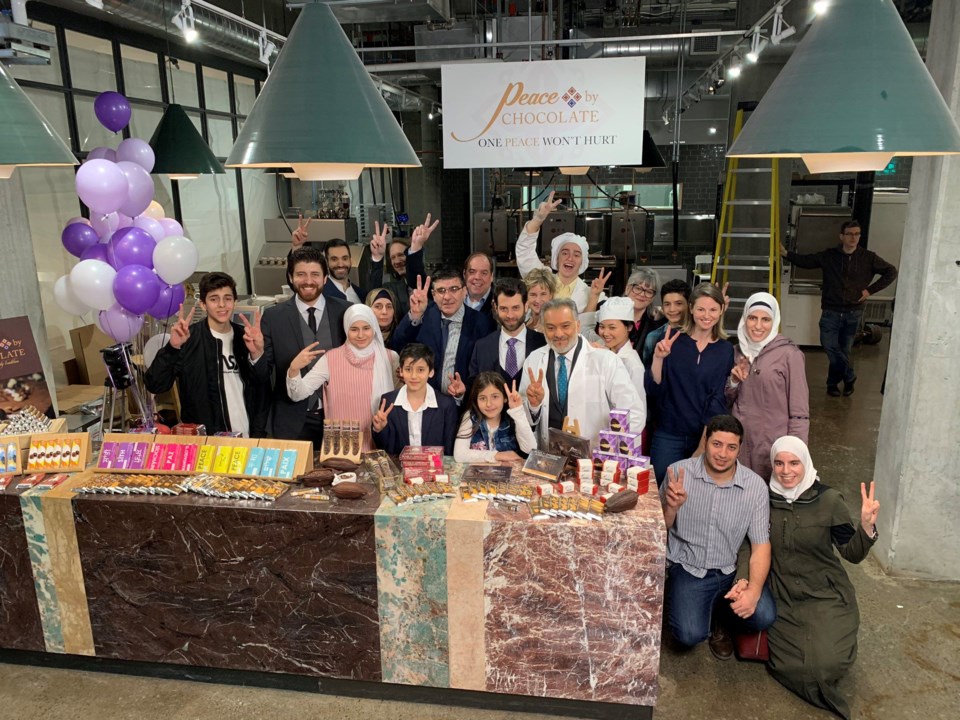 You'll soon be able to go to the movie theatre and watch the story of Nova Scotia's best-known chocolatier family on the big screen.

Peace by Chocolate, the film wrapped up shooting last month.

Newly-minted Canadian citizen Tareq Hadhad said the whole process has been exciting and he hopes his family's story will pay tribute to other newcomers to the country.

"Telling our story is not only about telling the story of the Hadhads but about giving an example for everyone who is living in circumstances of adversity, of unthinkable moments, of pain," he explained. "When you lose everything in the blink of an eye and you're asked to leave behind, all of your memories, all of your beautiful moments."

"Some of their family members would be lost, would be killed, would be missed ... I think this is an honour for our family to be able to have that voice on the big screen."

It was bombed in 2012 and the family was forced to flee Syria for Lebanon where they spent the next three years in a refugee camp.

Hadhad arrived in Canada in late 2015 and was followed by his siblings and parents a month later.

The company has garnered worldwide attention and it's now a thriving business in the town.

"Canada was built on the greatest contributions of newcomers to this country, rebuilding their lives after losing everything," Hadhad told NEWS 95.7's Todd Veinotte. "This is the ultimate goal of everyone, having a happy life and living in peace and safety. Our story is only one of many."

Halifax-raised filmmaker Jonathan Keijser reached out to the Hadhads in 2017 to ask if he could tell their story.

Tareq's family has been looped in on many aspects, including script development, casting, filming locations and plot.

"We were really honoured to be a part of this process," Hadhad said. "It was super exciting for all of us in the family to read this script for the first time and give feedback on it because we were giving feedback on our memories."

The Hadhads were able to fly out to Montreal to watch some of the shooting. If you watch closely, you might even see Tareq in the background of one of the scenes.

Peace by Chocolate, the film is currently in post-production. Hadhad said the movie should be released later this year, with the hope of having it ready for the fall film festival circuit.

Peace by Chocolate's Tareq Hadhad to become Canadian citizen next month
Dec 4, 2019 5:29 PM
Comments
We welcome your feedback and encourage you to share your thoughts. We ask that you be respectful of others and their points of view, refrain from personal attacks and stay on topic. To learn about our commenting policies and how we moderate, please read our Community Guidelines.