Davis covered a range of topics during her packed-house appearance, which was part of a public lecture series dubbed the Belong Forum
Oct 17, 2018 11:29 AM By: Michael Lightstone 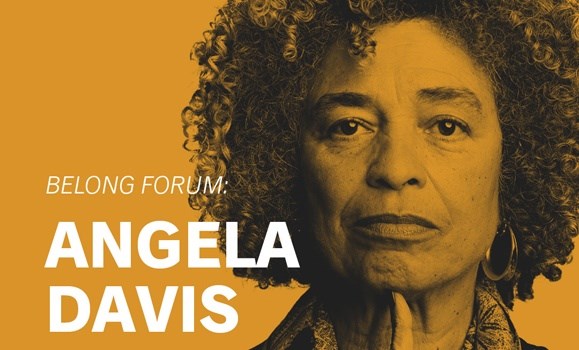 From her beginnings in violently racist Birmingham, Ala., to her radicalism and civil-rights activism in the late 1960s and the ’70s, and on to her long career as an academic and author, Angela Davis, who decades ago was a fugitive pursued by the FBI, has been a controversial figure for much of her high-profile life.

On Tuesday, the 74-year-old social-justice crusader was at Dalhousie University sharing her views with an audience of students, faculty members, Black community activists, baby boomers and others.

Davis covered a range of topics during her packed-house appearance, an event that launched the university’s Viola Desmond Legacy Lecture Series – a four-year string of talks promoting diversity and inclusiveness.

Among other things, Davis criticized U.S. President Donald Trump, the prison system, racism, the government of Israel (for its treatment of Palestinians) and the way society treats disabled people.

Her talk was also part of a public lecture series, dubbed the Belong Forum, linked to Dalhousie’s 200th anniversary.

Regarding the disabled, Davis asked rhetorically: “Should disabled people be embraced by a society that continues to perpetuate its ablest . . . practices?” She said people with disabilities have been victimized by violence in schools, prisons and other institutions.

With respect to inclusiveness and exclusion, Davis said “one of the major problems with the prevailing notion of how to solve issues of racist, sexist, class-based exclusion, is that it is assumed that the person to be integrated has to genuflect to the needs of the institution that has previously excluded them.”

Davis has long pushed for criminal justice reform and the dismantling of the U.S. prison system, which includes mass incarceration and a private, for-profit prison industry.

In August, prisoners in the provincial jail in Dartmouth joined inmate protests that began in parts of the United States, Davis noted. The non-violent protest at the Central Nova Correctional Facility in Burnside, which lasted 20 days, saw prisoners here call for improvements in several crucial areas, including health care and air quality.

Davis wrote a book published in 1981 called Women, Race & Class. At Dalhousie, she told the crowd in the Rebecca Cohn Auditorium that feminism doesn’t mean women in power repeat the abusive behaviour – the “toxic masculinities” – of misogynist men in power.

“If we simply want to become what white, straight, (cisgender) men in power have been in the past,” she said, “we’re replicating the structures that will continue to perpetuate the violence we’re challenging.”

A scholar who retired from full-time university teaching in 2008, Davis has been a sought-after speaker on college campuses. Earlier this year, Radcliffe’s Schlesinger Library, at Harvard University, acquired the activist’s papers, which include public records, photographs and other material.

The lecture series at Dal in honour of the late Viola Desmond, a human-rights pioneer in Nova Scotia, was announced by university officials last year. A photo of Desmond’s face is being placed on Canada’s redesigned $10 bills, which are to be rolled out late this year, according to the Bank of Canada.

“I’m not sure how I feel about that,” the anti-capitalist Davis joked, in reference to the tribute paid to Desmond. “I would rather abolish the money economy,” she said with a smile.

Before her speech, Davis was awarded an honourary degree by Dal’s administration.

Near the end of the event, which had included stirring musical performances and a pledge by Dalhousie’s president, Richard Florizone, to have the university focus on the tenets of equity, diversity and inclusion, a Q & A with the audience saw the school publicly berated by question posers who said it has a history of racism and has poor race relations to this day.