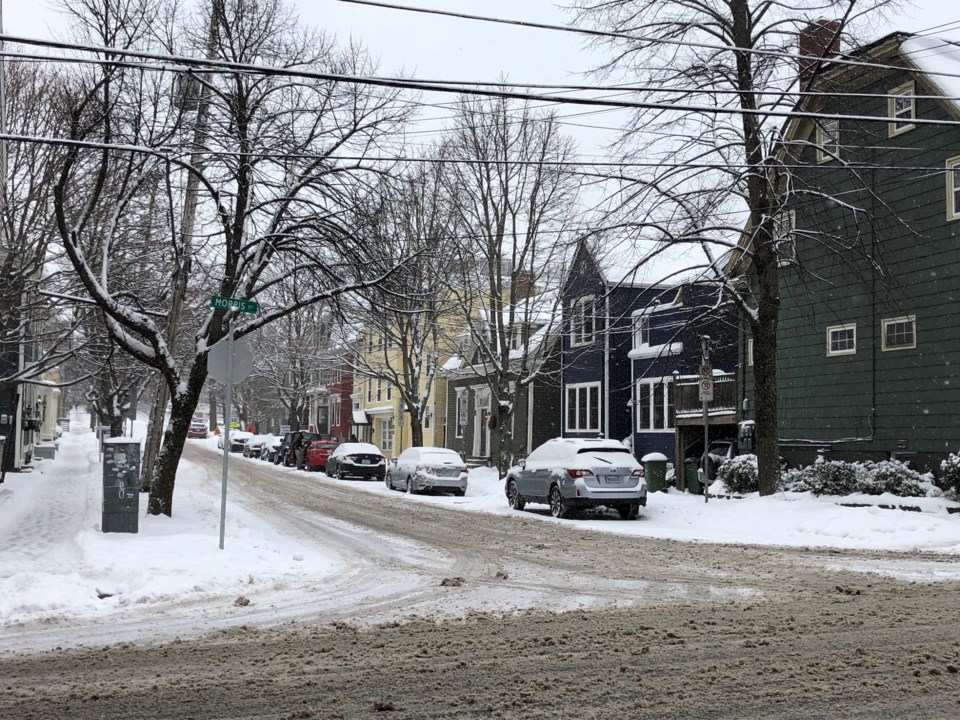 UPDATE: On Wednesday morning, Environment Canada ended the special weather statement it has issued for the Halifax area for a Thursday storm.

As of 6:15 a.m. Wednesday, the forecast calls for snow to start falling Thursday morning with an accumulation of about 5 cm in HRM.

The South Shore, Digby and Yarmouth counties remain under a special weather statement, where up to 15 cm could fall.

Antigonish County, along with most of Cape Breton are also under a special weather statement as those parts of the province are expecting strong winds and higher-than-normal water levels.

As our stormy winter continues, the low pressure system is scheduled to pass by Nova Scotia Thursday.

Environment Canada has issued a special weather statement, and meteorologist Ian Hubbard said the most recent models show it on track to skirt just south of the province, possibly clipping southwestern Nova Scotia.

"North of that track, we're going to see snow spread across the province during the day on Thursday, and that will continue on into the overnight hours as it heads east and affects eastern parts of the province," he said in an interview early Tuesday afternoon.

It's still too early to pin down exact amounts of snowfall for the Halifax area, but at this point, Hubbard said 15 cm isn't out of the question.

"Right now we're expecting it to be a snow event for the HRM, probably starting late in the morning or early afternoon at this point is what our models are indicating," he said. "That will continue for most of the day and into the evening, probably not letting up until closer to the latter part of the evening on Thursday for Halifax."

Strong winds are also expected with this system, with gusts of 70 km/h over much of the province, possibly higher along the coast in eastern areas.

However, Hubbard cautioned there's still some uncertainty on the exact track of the storm, and a small shift would have a big impact on precipitation types and amounts.