Smashing diet culture one scale at a time

Eating Disorders Nova Scotia is asking for donations of bathroom scales, which will be destroyed at Halifax's Rage Room this Sunday
Feb 9, 2019 12:21 PM By: Danielle McCreadie 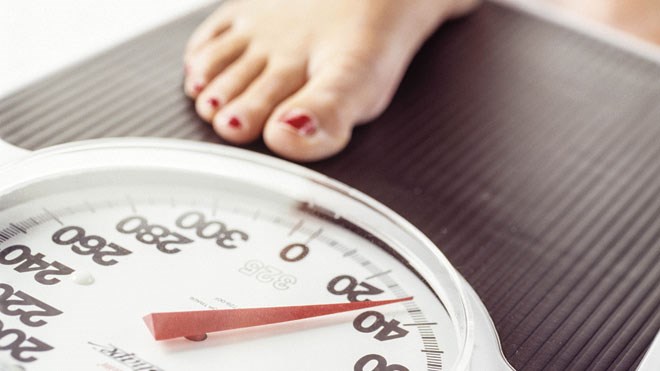 As Eating Disorder Awareness Week (Feb. 1 to 7) wraps up, one group is calling on folks whose scales don't bring them joy, to smash them during an event this weekend.

Eating Disorders Nova Scotia is asking for donations of bathroom scales, which will be destroyed at Halifax's Rage Room Sunday from 3 to 5 PM.

"For folks who are in recovery from an eating disorder, certainly stopping using a scale and breaking free from those external ways of measuring ones self are really encouraged," said Shaleen Jones, executive director of Eating Disorders NS.

People who have participated in Eating Disorders NS's programs, as well as community members, are decorating the scales with messages from the diet and wellness industry they want to see smashed down.

Diet culture often promotes disordered eating habits that can push people into developing an eating disorder, says Jones. She says it's important for people struggling to stay away from diet fads and scales during recovery.

"At the heart of eating disorders is this cultural idea that thin is healthy and that we should be eating clean and try to rid our body of toxins, and that our weight is a measure of our value as human beings, and those kind of cultural beliefs that we hold...create an environment where eating disorders can thrive," said Jones in an interview with NEWS 95.7's Sheldon MacLeod.

"If we're going to really move the needle on the prevalence of eating disorders, we have to address some of those underlying core beliefs that we as a society hold."

Eating Disorder NS provides peer support groups for those struggling or recovering from an eating disorder. Those who have recovered successfully act as mentors in one on one sessions, group therapies, and an online chat.

Jones says the group aims to "meet people where they're at," and make support easily accessible.

"So I say lets just ditch the weight loss tools all together and focus on our great new Canada Food Guide, and focus on putting our effort into things that bring us joy."

Spots for the scale smashing event can be reserved online or via email at info@eatingdisordersns.ca.