The idea behind Bill C-69 is to bring credibility back to the environmental assessment process for project approval
Apr 23, 2019 7:01 AM By: Amber LeBrun 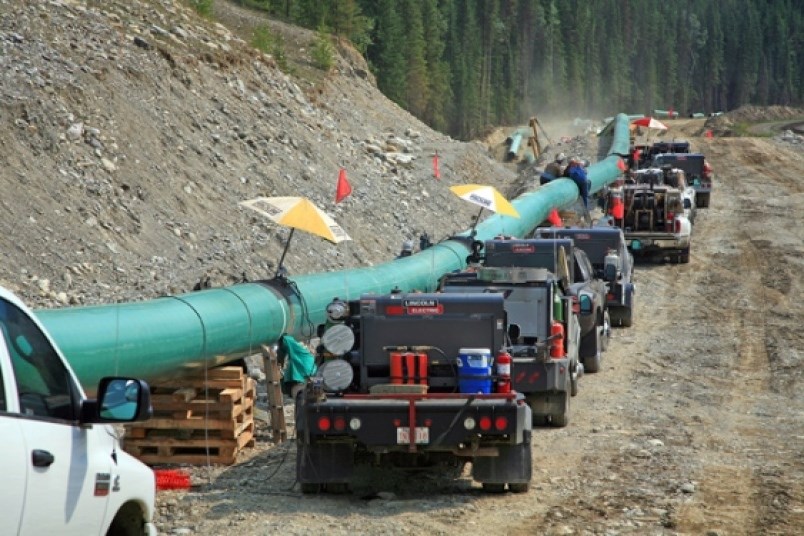 Kinder Morgan Canada says it will consult with stakeholders until May 31 on potential paths forward.

The Senate Energy Committee will be meeting in Halifax Wednesday to hear from Nova Scotians regarding Bill C-69, which seeks to overhaul how all major infrastructure and energy projects, like pipelines and offshore drilling, are reviewed and approved in Canada.

The bill would include replacing the National Energy Board of Canada with a new Canadian energy regulator and it would also scrap the current federal environmental assessment process in order to make way for a new impact assessment agency.

The overall goal is to help eliminate regulatory uncertainty, to provide clarity on steps to be taken for a project to move forward, to avoid legal action, and to increase stakeholder engagement.

However, several environmental groups in Halifax are concerned Bill C-69 will give further powers to petroleum boards, and weaken current environmental protections.

Director of the Sierra Club of Canada, Gretchen Fitzgerald tells NEWS 95.7 she will have an opportunity to speak to the Senators to convey her concerns regarding the offshore boards, and is hoping she will be heard.

"I am also hoping that the Senators will look out their windows and see a swathe of society that actually supports greater protection, that understands that we're in a climate crisis, that understands we need to do better," says Fitzgerald.

She adds having greater environmental assessment processes in place is in the interest of all Canadians, and it's time the government stops prioritizing corporate interests.

Fitzgerald adds some Senators are being pressured to think this bill is destructive by certain corporations.

"This bill, which is about better planning for projects and making sure that any project that does get approved is actually in line with what communities want, and is line with their sustainable development goals and will help us meet our climate targets," says Fitzgerald. "Unfortunately they're being heavily pressured to think that this is somehow a destructive bill, and like I say, it's already been weakened in its current draft."

Fitzgerald says the idea behind the bill is to bring credibility back to the project approval process.

"Unfortunately the Senate now is being pressured by oil interests to weaken it even further, and of great concern to us on the East Coast is the fact that our offshore petroleum boards are going to get greater power under this bill," says Fitzgerald. "Which is going exactly 180 degrees the opposite direction from what our federal government promised us."

A rally is being held outside the Four Points by Sheraton on Hollis Street Wednesday at noon.