Sidewalk clearing equipment breaking down due to heavy snow and ice

Pedestrians are taking to the streets in the municipality as many sidewalks remain buried following back-to-back storms in the region
Mar 5, 2019 3:52 PM By: Meghan Groff 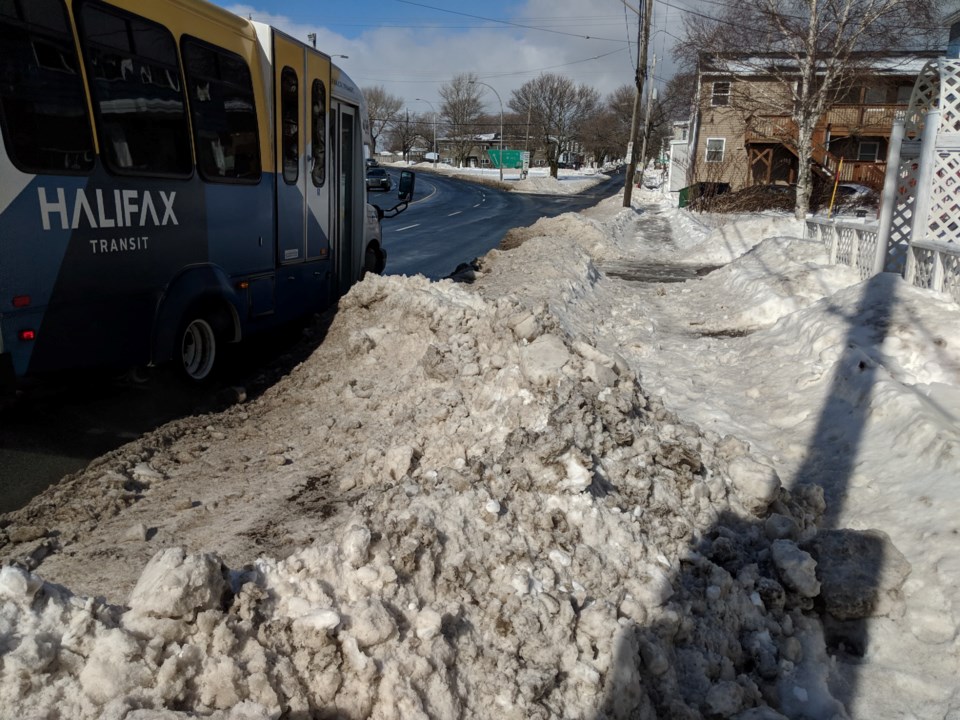 Pedestrians are taking to the streets in the municipality as many sidewalks remain buried following back-to-back storms in the region.

In addition, during Monday's storm Halifax received snow, ice pellets, freezing rain and rain, followed by a temperature drop that left behind heavy snow and ice.

"There's a different variety of equipment out there, we're doing snowplows and snowblowers on our sidewalks," he explained. "We're breaking shear pins, they're plugging up with that heavy, dense snow."

"A lot of private property snow that's out there from commercial properties, we've got banks that are 10 feet high we're trying to chew through. It all slows us down."

Mayor Mike Savage said anyone who had to shovel their driveway has an idea of what those operating the equipment are facing, and Halifax isn't alone in dealing with this problem.

"Every city, if you Google Ottawa, Toronto, they're all looking at this freeze/thaw cycle and the fact that the streets now are frozen when you get the rain," he said. "Snow is not a problem, it is the rain and freezing rain. When I see that in the forecast, that's what worries me."

"We're going to get to everyone as quickly as we can, try to make sure that the sidewalks are clear so everybody can get up and down. I know that Trevor and his team are working hard."

Halifax Regional Municipality will not be enforcing the winter parking ban overnight, however Harvie said it's a good idea for drivers to think before they park.

"Make sure that fire and emergency vehicles, large vehicles and snow removal equipment can safely make it down the streets," he said.

Crews will be targeting some specific areas in the downtown cores and vehicles can still be ticketed or towed if they get in the way of snow removal operations under the province's Motor Vehicle Act.