Shakespeare By The Sea gets back on-stage this summer 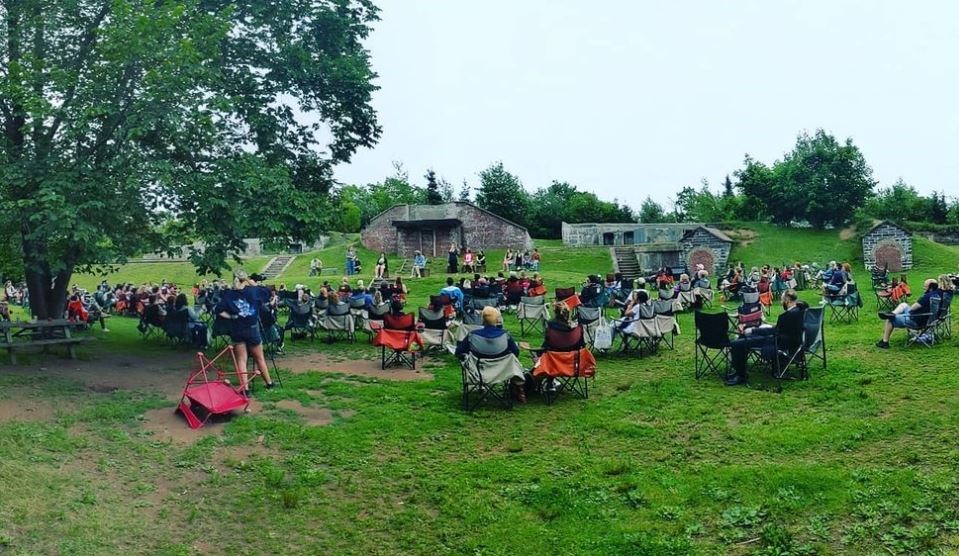 Hello City's improv show, part of Shakespeare By The Sea's 'By The Sea Series' @sbtshalifax/Instagram

It was a difficult move for Shakespeare By The Sea to cancel their 2020 season and alter the following one, but they're ready to offer safe, exciting events once again.

“Due to COVID-19, we couldn't do anything in 2020. We had no idea if we could produce something in 2021, and were having constant Zoom meetings and looking at possibilities,” said Elizabeth Murphy, the co-founder and co-artistic director.

“The thing holding us back was gathering limits – Even though we're outdoors. We figured we could sit 200 people distanced, but the number of people in different pods was challenging.”

The company came together and made three plans as things began to change.

“We had Plan A, which was to try to do three shows in 2021. Then we moved to Plan B, which was a shortened season, and then we eventually landed on one show,” said Murphy.

“We settled on A Midsummer Night's Dream. We felt we needed to get something out there or people would forget about us. We meet every week and see what's happening and changing in the province, and were still checking in with sponsors regularly.”

This comedic play from William Shakespeare, originally set in Athens, is about love and intrigue. It's a popular work, and has inspired a huge amount of cultural references and takes, including a well-reviewed 1999 feature film starring the likes of Kevin Kline, Rupert Everett, Michelle Pfeiffer, Christian Bale and Stanley Tucci.

Murphy is so happy to be back seeing actors rehearse, but understands that the delays were entirely necessary.

“It's frustrating, but in the end, the world's health is so much more important than Shakespeare By The Sea. We are anxious to get back to work,” she said. “We hated to cancel two shows, but we are focused on making this one great.”

Midsummer, directed by SBTS Artistic Associate Drew Douris-O'Hara, will be a flagship show for a strange year. Douris-O'Hara and wife Jade run The Studio, a school done through SBTS.

“We are so excited for this production, and it's everyone's favourite play. It's a great way of saying 'we're back',” said Murphy.

“It seemed like the right re-opening piece, and I think people will surprise us and come out to see this one.”

An exciting development for this year is the formidable By The Sea series, which will see production houses from around the area showing off their talent, made possible by the support SBTS provides.

“We are happy to be working with others who will be doing shows in the park. The By The Sea Series goes July 16 to September 12, and we are happy to have such great partners,” she said.

All doing different plays, Hello City, Gale Force Theatre, Keep Good Theatre Co. And Halifax Fringe will all have something on offer.

“Halifax Fringe also presented last year, and it's nice to be able to keep doing and hosting these things. It's just so nice to get theatre back out there and get people coming out,” said Murphy.

Shakespeare By The Sea is an institution in Halifax and Murphy was pleased to see the positive reaction to their return this summer.

“We've been around since 1994, that's a long time. Based on the huge response on social media, people are excited to come back,” she said.

“We will miss the tourists. One of the joys is asking people where they've come from to see the shows, and hearing all the different answers.”

But as Midsummer and the 2021 season come upon us, Murphy has a good feeling about it.

“I just want the audience here, and to give them a good time. As long as we can keep things safe for them, I think they'll gladly come back.”

To learn more or get tickets for the upcoming season, visit shakespearebythesea.ca.