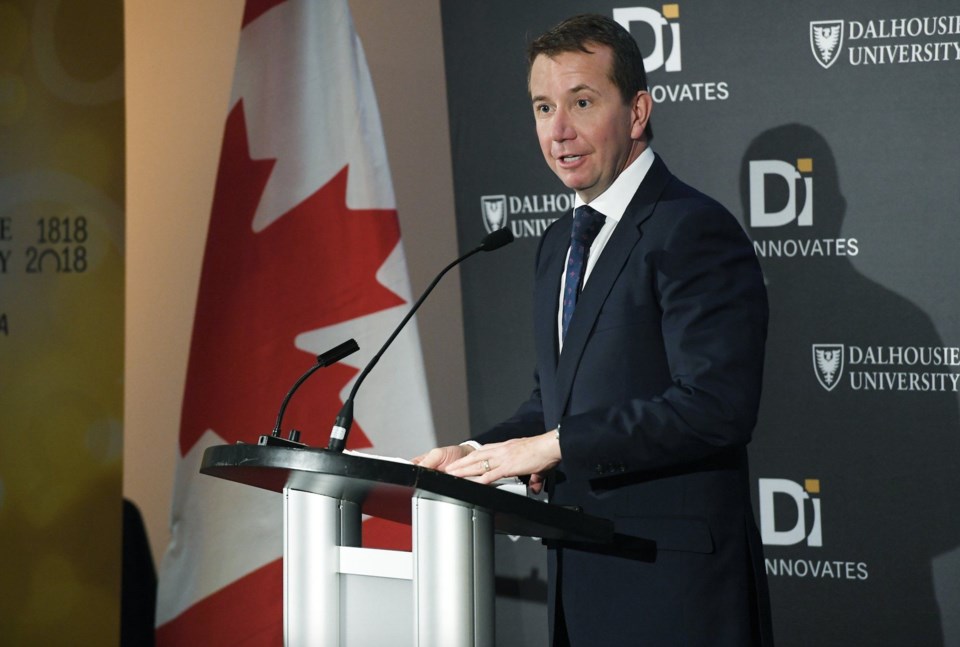 NEWS RELEASE
PREMIER'S OFFICE
*************************
Premier Iain Rankin announced the creation of the Economic Growth Council, an advisory body with a mandate to position the province for economic success and grow the economy as Nova Scotia emerges from the pandemic.

He made the announcement during his state of the province address to the Halifax Chamber of Commerce today, April 7.

Scott Brison, who served as the Kings-Hants member of Parliament for 22 years, Treasury Board president and now chancellor of Dalhousie University, will lead the 10-member council, which will focus its efforts on making Nova Scotia Canada's start-up capital.

"I'm thrilled that Scott has accepted to lead the council. This is important work for our province," said Premier Rankin. "The council is designed to serve as a resource to me and government, informing policy options and providing advice on how to attract capital into our province. We need to ensure we maximize our ability to help our companies expand and do all we can to encourage investment."

The advisory council members reflect the diversity of Nova Scotia. They represent every region of the province and come from a cross-section of economic sectors. Their advice is crucial to ensuring government enhances the well-being of all Nova Scotians while propelling innovation and attracting smart investment.

Quotes:
"Not since the age of sail has Nova Scotia been better positioned to lead and to prosper. The province can become a magnet for talent and knowledge-based industries built on the foundations of our traditional sectors. Smart regulatory, tax, innovation and immigration policies are essential to make Nova Scotia Canada's start-up capital and I look forward to working with Nova Scotians to develop ideas to help advance our province."
- Scott Brison, Economic Growth Council lead

Quick Facts:
-- the Economic Growth Council is an independent, voluntary advisory group
-- the advisory council will be supported by the Office of Strategy Management

Scott Brison is vice-chair of Investment and Corporate Banking at the Bank of Montreal. He is a former 22-year member of Parliament, minister of Public Works and Government Services, president of the Treasury Board of Canada and currently, chancellor of Dalhousie University.

Annette Verschuren is the chair and CEO of NStor Inc., an energy storage development company. She is a founder and board member of the Verschuren Centre for Sustainability in Energy and the Environment and chancellor of Cape Breton University.

Terry Paul is the chief of Membertou, a position he has held for the past 37 years. During that time, Chief Paul has guided his community and administration into one of the most efficient and economically flourishing Indigenous communities in the country. He has been appointed to the Order of Canada, the Nova Scotia Business Hall of Fame and is a recipient of the Frank McKenna Leadership Award. Chief Paul holds an honourary doctorate from Cape Breton University, has led his organization to being named as one of Canada's Best Managed Companies and received the Canadian Council for Aboriginal Business Lifetime Achievement Award.

Rod Badcock is a principal partner at BioApplied Innovation Pathways in Dartmouth and the executive director of the Nova Scotia Innovation Hub. He has been involved in the launch of several firms focused on product and process innovation in the Canadian bioeconomy.

Jenn Priske is a senior executive at REDspace, the chair of the board of directors for Digital Nova Scotia and a member of the program advisory committee for Techsploration.

Jevon MacDonald is co-founder and CEO of ManifoldPartners LLC, a venture holding company. He is an experienced entrepreneur and angel investor who has founded six companies. He is the chair of Volta Labs, which he co-founded in 2013.

Lise Després is manager of Seafood Resources and Government Affairs at Comeau's Sea Foods Limited in the Acadian region of Clare, working with her father, CEO Noël Després. Lise is also a member of Le Conseil de Développement Économique de la Nouvelle-Écosse and the Fisheries Council of Canada board of directors.

The council will also be supported by a government liaison:

Fred Crooks is Nova Scotia's first chief regulatory officer and leads the Office of Regulatory Affairs and Service Effectiveness, which reports to the premier. Prior to that, he was executive vice-president, corporate services, at Bell Aliant and senior partner in a major Atlantic law firm for more than 20 years.