Science files: How a black hole swallowed a dead star

Dr. Rob Thacker, a professor of astrophysics at Saint Mary's University in Halifax, explains that the neutron star is the centre of a giant star that once collapsed
0
Aug 24, 2019 12:54 PM By: Victoria Walton 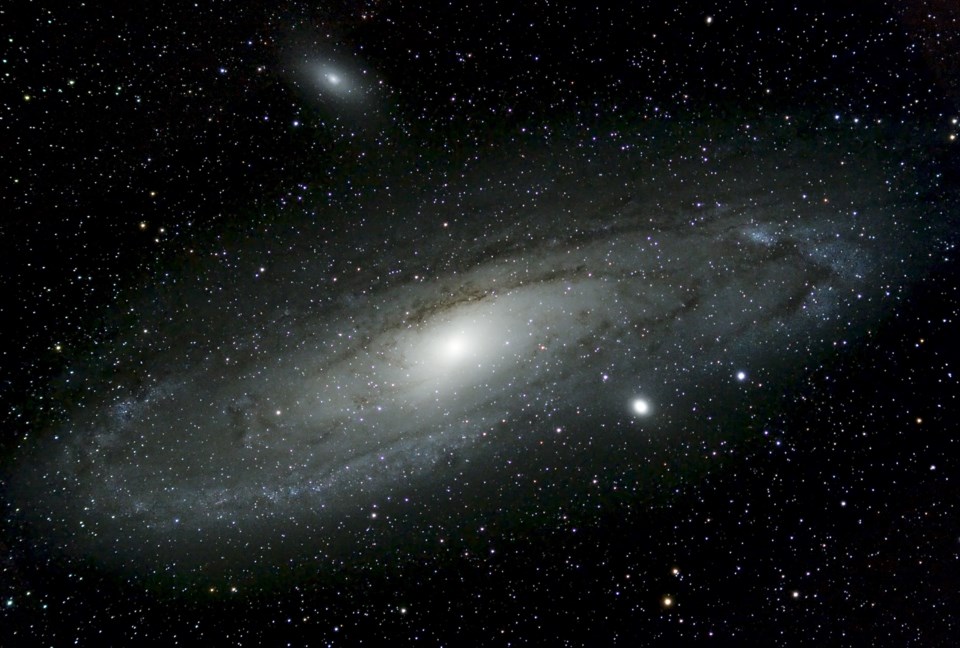 Dr. Rob Thacker, a professor of astrophysics at Saint Mary's University in Halifax, explains that the neutron star is the centre of a giant star that once collapsed.

"A neutron star is, for want of a better term, a stellar corpse," he tells NEWS 95.7's The Todd Veinotte Show.

Last week, Italian scientists reported the detection of gravitational waves caused by a neutron star going into the black hole.

"What makes this interesting is that a whole bunch of really incredible things are going to happen as a neutron star spirals into a black hole," Thacker says.

Scientists believe this is the first time they've found evidence of a black hole swallowing a neutron star, and Thacker says this could allow them to learn more about black holes in general.

"It's a point in space and time where everything is kind of crushed out of existence," he explains. "Some people think of them as giant vacuum cleaners, but they don't do that. The reason things fall into them is just gravity."

Thacker says that the star likely got too close to the black hole, and was eventually sucked in.

"There is an area around [the black hole] that you really don't want to go beyond. It's called the event horizon, and once you get beyond that event horizon, your future is entirely determined for you. You are going to go smack into the middle of that black hole and be crushed out of existence," he adds.

The neutron star itself was comprised of neutrons, the part of an atom with no electric charge.

"It's literally just this end stage of a really massive star," he says.

To create a neutron star, the original star would have been between one-and-a-half and three times the size of Earth's sun.

"If they're really big, then they will actually start collapsing down into a black hole themselves," Thacker adds.

The astrophysicist says that he hasn't seen enough research to figure out exactly how far away this black hole is.

"When we get those signals coming in, it's really difficult for us to tell how far these objects are away," he explains. "Generally these things are quite a long ways away and in other galaxies."

But Thacker says that scientific studies and data collected from this incident could help prove Einstein's Theory of Relativity.

"At the moment it's really about learning about the gravitational physics, testing Einstein's theory as these two things fall together," he adds.

This includes how many black holes exist in the vastness of space, and whether they may be in our universe, or another.

"We'd like to know how much of that stuff falls into the black hole versus how much of it escapes," he says. "That's really useful for us to know because we simply don't know right now."

NSHA preparing to re-introduce services in ‘new reality of COVID'
May 31, 2020 12:05 PM
Comments
We welcome your feedback and encourage you to share your thoughts. We ask that you be respectful of others and their points of view, refrain from personal attacks and stay on topic. To learn about our commenting policies and how we moderate, please read our Community Guidelines.