The Cobequid Wildlife Rehabilitation Centre has been treating almost twice as many barred owls hit by vehicles this year than they did last year
Jan 23, 2019 3:30 PM By: Meghan Groff 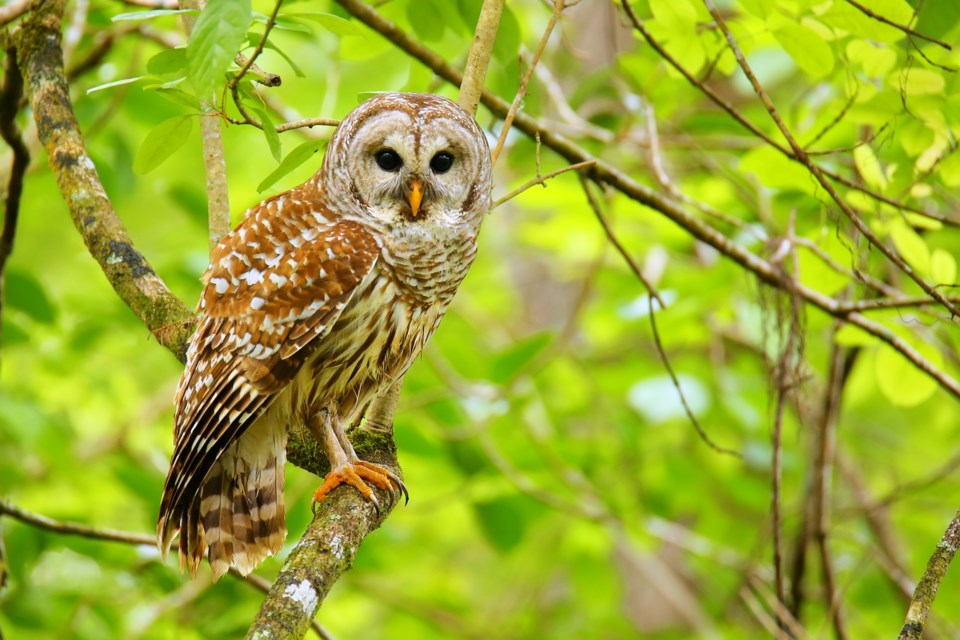 The director of an animal rehabilitation facility in Nova Scotia is asking drivers to stop littering because it may be contributing to an increase of injured owls.

The Cobequid Wildlife Rehabilitation Centre has been treating almost twice as many barred owls hit by vehicles this year than they did last year.

He told NEWS 95.7's The Rick Howe Show, staff have seen injuries that range from mild to severe.

"Head injuries are like concussions you'd see in sports ... depending on the severity of the blow, it could take a couple days to recover or it could take months to years to recover," Messer explained.

However their biggest concern is a broken wing. If the break is in the middle of a bone, it can usually be repaired, but that's not the case if it's near a joint.

"The joints on a birds wing are so precise that if the fracture is near a joint, it's almost impossible to fix," he said. "The best thing for the animal is euthanasia because it would be painful and it would never fly again."

On the upside, the injured owl influx is also likely an indication that Nova Scotia has a healthy population of the birds.

The centre is currently caring for four barred owls, along with six bald eagles, a couple of red-tailed hawks, some pigeons, crows, a chickadee and a porcupine.

Messer added it's important for drivers to scan the side of roads for wildlife, especially at dusk when animals tend to be more active.