Much of the bridge work includes the removal and disposal of the two-lane cycling surface and the installation of a new one
Feb 11, 2021 3:33 PM By: Michael Lightstone 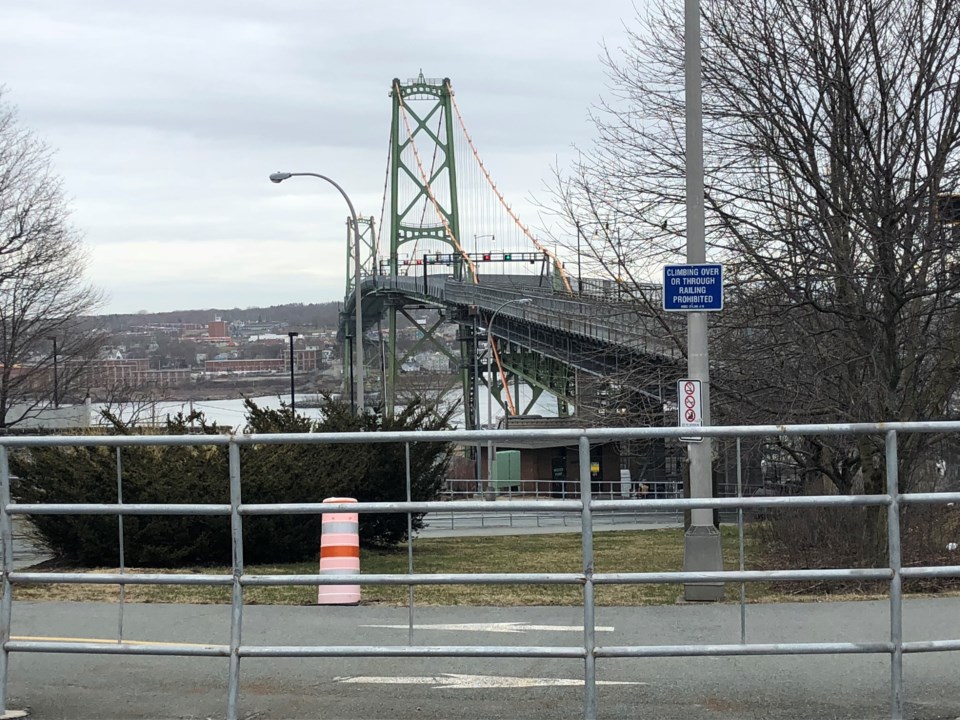 Halifax Harbour Bridges is planning to resurface the bikeway on the Macdonald Bridge, a public tender issued Wednesday says.

Bidders for the work are to attend a pre-tender site visit on Feb. 18. Proposals must be submitted by March 10.

Much of the bridge work includes the removal and disposal of the two-lane cycling surface and the installation of a new one. The job also calls for the temporary removal of guardrails and traffic barriers, the tender posting says, and the design, supply and placement of “appropriate temporary barrier systems.”

Years ago, a lengthy redecking project on the Macdonald Bridge saw the dismantling of the pedestrian and bicycle-riding lanes. They were reopened in June 2017 after nearly two years, CBC News reported, following a delay of about three months.

A major multimillion-dollar upgrade involving the bridge’s bikeway is on hold.

In 2019, an email from Halifax Regional Municipality’s top bureaucrat, obtained by NEWS 95.7, suggested construction of the contentious “flyover” cycling ramp on the Halifax side of the harbour span could be postponed several years due to budget
considerations.

Not only cyclists can use the bike lane. According to its website, the bridge agency allows scooters and other small vehicles on the surface, providing they have “independent steering and braking” systems and aren’t required to be registered under the Motor Vehicle Act.

Halifax Harbour Bridges is a commission of the provincial government, its website says, and operates “as a self-funding user-pay” entity. It receives “no assistance from Nova Scotia tax dollars.”