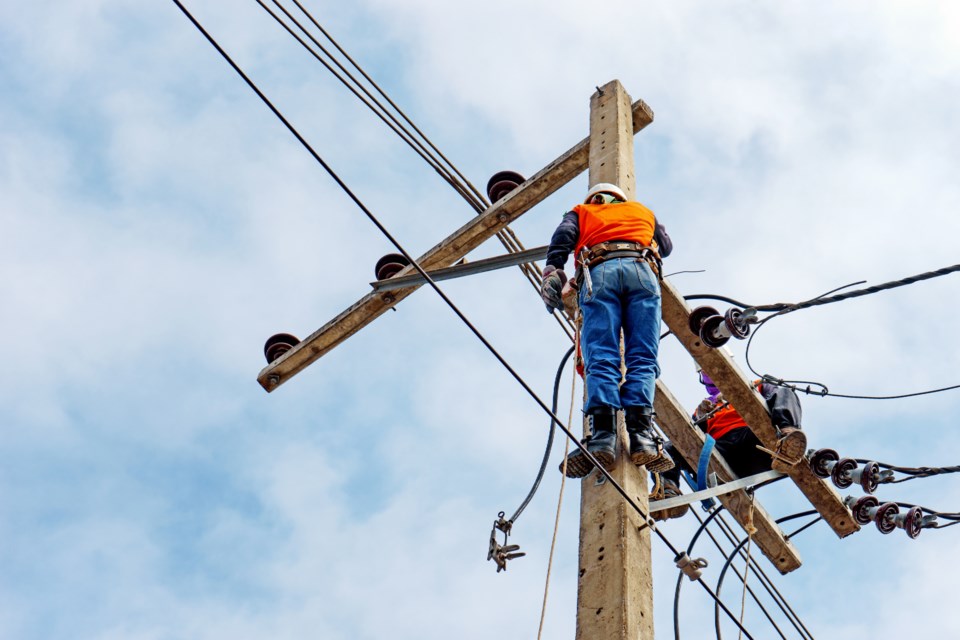 Nicholas Graham has been living in Clayton Park for 15 years.

In that time, he's noticed when the power goes out, there's about a dozen houses on Scarlet Road and Fox Glove Lane, including his, who remain without power long after it's restored to rest of the neighbourhood.

However, Graham said the situation went from annoying to dangerous when a weather bomb brought wind gusts of nearly 100 km/h to Halifax on Oct. 17.

He told NEWS 95.7's The Rick Howe Show, the same cluster of houses had a power surge.

"Our next door neighbour, their toaster caught on fire ... one of the two people who lived there happened to be home," he said. "They smelled the smoke in the kitchen and they were able to put it out safely."

He said other neighbours experienced exploding lightbulbs and flames coming out of sockets.

"When you get a power surge, your appliances don't necessarily stop working right away," he explained. "Our range hood went, and then a few days later it was the fridge, and a few days later the dryer."

"Right now we're looking $2,500 ... and that's not including the food spoilage, or the smaller appliances like clock radios, or getting the sockets changed."

The neighbours banded together and fired off a letter to Nova Scotia Power asking for help and reimbursement.

"The response is, these things are acts of nature and Nova Scotia Power isn't responsible for those," Graham said.

"And that they put in $25-million in vegetation management in 2019 across the province, but that doesn't explain why, in this particular spot, it keeps happening," he added. "And Nova Scotia Power keeps focusing on the outages, which are a problem ... but this is a power surge in this last instance that we're writing about."

In an email to HalifaxToday.ca, Nova Scotia Power said it is aware of the issue.

Spokesperson Andrea Anderson said the utility is working to find out whether the power surge was related to its system or the homes' electrical systems.

"Due to Hurricane Dorian and subsequent severe weather events, we are seeing areas across the province where equipment may have been weakened by the storm ... We believe this is the case in this neighbourhood, so we are advancing our maintenance plans there," said the statement.

She said crews are planning a site visit this week and, once they have more information, they'll be in contact with the residents.

As for the extended power outages, Anderson explained restorations can sometimes be delayed due to the location of electrical equipment.

"The power lines in this area are not located along the roadside in front of these homes. Instead, they are located behind the homes," she said. "Repairs cannot be completed with a bucket truck as is often the case."

"Instead, our power line technicians must patrol the area on foot in search of the issue, and, if they have to complete work at height, the must climb the power poles in the backyards of these houses to make repairs and restore power (rather than use a bucket in the bucket truck)."

The utility will also be sending out workers to trim trees in the neighbourhood next month.