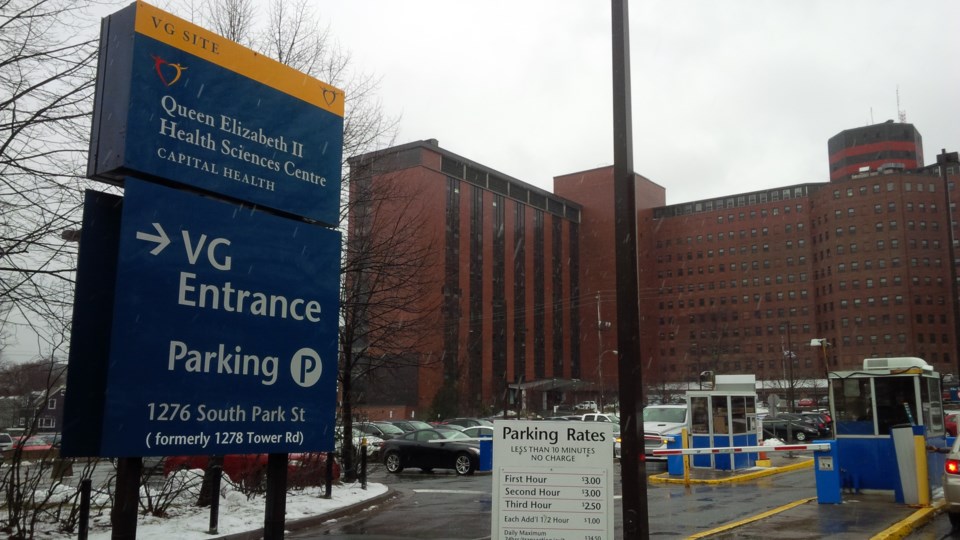 Megan Boudreau posted a video earlier this month on social networking site Reddit, showing her interaction with an anti-abortion protester.

The argument took place just outside the fenced-in grounds of the Victoria General Hospital in Halifax, one of the few locations in the province where abortions and abortion consults take place.

"They're out there almost daily, as long as the weather's good they're out there," says Boudreau, who lives in the area and walks past the site nearly every day.

Typically it's just a pair of protestors, dressed in black and holding signs saying things like "Pray to end abortion."

But Boudreau thinks the anti-abortionists shouldn't be allowed to protest so close to the hospital.

"I'm advocating for protesters to be further away, so women don't have to see that going into the clinic," she tells NEWS 95.7's The Todd Veinotte Show. "It's hard enough as it is for these women."

The advocate is hoping to implement what's called a "bubble zone," that applies to a 150 or 200 foot radius around the clinic.

"Just to have them even a couple blocks up or down away from the clinic, I think would be at least a start," explains Boudreau.

For women who have already had the procedure or who are considering it, Boudreau says that protesters can be very triggering.

"It's the woman's choice to do whatever she wants for whatever reason," she says. "And they should stay out of that choice."

In other jurisdictions Boudreau says that bubble zones have been implemented after doctors or sexual health workers face harassment. The bubble zones are typically enforced by signage, with police getting involved for repeat violations.

"Some clinics have had violent interactions and death threats, and that's when bubble zone laws usually come into effect," she says. "But I just don't understand why it has to get that far."

But Boudreau says she doesn't want to interfere with their right to free speech.

"They can protest anywhere else in the city, just not in that bubble," she adds. 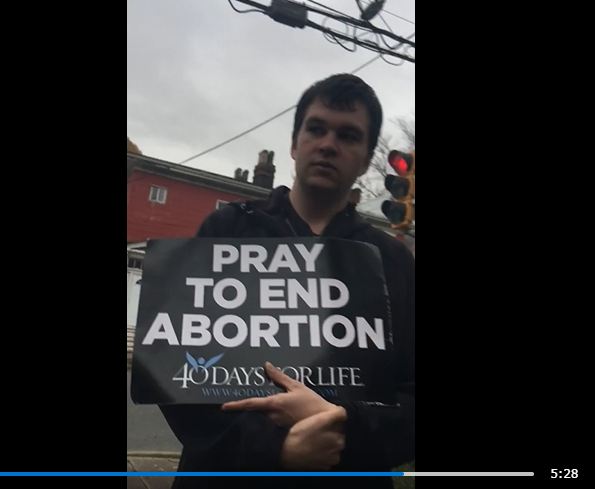 A screenshot from the video Megan Boudreau took of her interaction with an anti-abortion protester on the corner of South St. and South Park St. in Halifax in early November 2019.

The protesters signs feature the logo of 40 Days for Life, a group based out of Bryan, Texas. On their website, 40 Days for Life claims they have closed 104 abortion clinics since 2004.

Ruth Robert, lead of the Halifax chapter of 40 Days for Life, says the group is peaceful and would respect the bubble zone if implemented.

"We're not going to make a point of violating the law if it's implemented," says Robert. "But we do think that it's anti-Canadian, and anti-freedom-of-expression."

Robert says the group would then find another location and continue to protest outside the zone.

"We're not civilly disobedient," she adds. "We would pray outside of the bubble zone. We're never going to stop praying."

But Boudreau says she thinks the protesters are misguided in their message.

The resident thinks protesters' time and resources would be better spent helping women and children who are struggling.

"I don't see them out there advocating for resources for women to be able to have these children," she adds. "I think they're fighting for the wrong cause."

Boudreau says she'll follow up if she doesn't hear back in another week or so, but she is hopeful that her actions may spark change.

NSHA starts to resume a number of patient procedures, programs and services
May 26, 2020 11:35 AM
Comments
We welcome your feedback and encourage you to share your thoughts. We ask that you be respectful of others and their points of view, refrain from personal attacks and stay on topic. To learn about our commenting policies and how we moderate, please read our Community Guidelines.