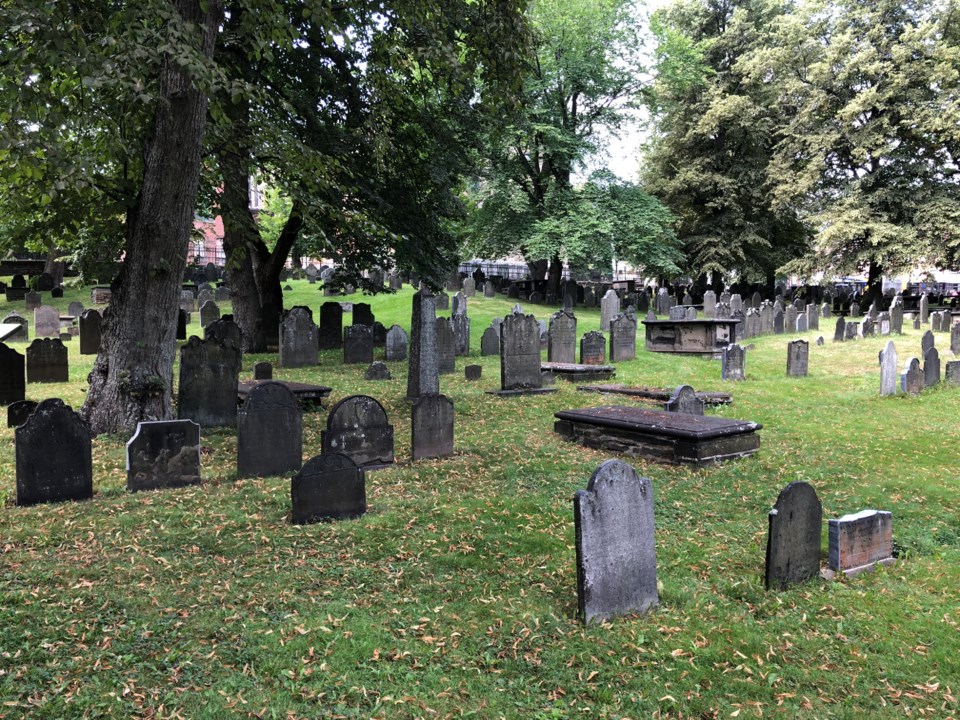 A team of researchers from Saint Mary's University is hoping to find out more about Halifax's oldest cemetery.

The Old Burying Ground at Barrington St. and Spring Garden Rd. was used from 1749 to 1844.

Archaeologist Jonathan Fowler said the group from the school's anthropology department will be using non-invasive technology like ground-penetrating radar.

"We want to once and for all make a detailed map of the site showing where all the tombstones are located," he told NEWS 95.7's The Rick Howe Show.

"And then we want to proceed with a geophysical survey, see if we can map the sub-surface and find evidence of maybe former layouts and the design of the space, possibly fallen stones that have been grassed over."

It's estimated 12,000 people are buried there, however the graveyard only has around 1,300 visible tombstone markers.

"That's not atypical of these old cemeteries, most people did not have monuments," Fowler explained.

Vanessa Smith is participating in the project and said the oldest stone they can find there belongs to a 2-year-old child.

"From 1752, Malachi Salter, so there's a bit of a gap there," she explained. "Obviously they were burying people as early as 1749, but whether they were using a stone or something less permanent like a wooden marker or a cairn of stones in those early days, it's a little unclear."

A number of notable people are at rest in the Old Burying Ground, including Major-General Robert Ross who is remembered as the man who burned down the White House during the War of 1812.

"There's certainly a lot of stories from the founding of Halifax and onwards in that Burying Ground on the stones and in the records," Smith told NEWS 95.7's The Sheldon MacLeod Show.

Smith said researchers will also be digging through archives to fill in some of the gaps, including scanning through negatives of photographs taken of gravestones in 1984.

"In the intervening years, obviously we've had a lot of erosion on the stones and the lichen is covering it up."

Their ultimate goal is to create an online database that catalogues where each stone is located, who it belongs to, that person's birth date, death date and the inscription.

"That database will be useful for all manner of research, whether you're a genealogist looking for a family member in the Burying Ground, or trying to figure out where all the military burials are, or if you're looking at the stones and the various motifs from an art-historical prospective," said Smith. "That will be a resource that hopefully will help everybody's research along in the coming years."

Fowler hopes the project will also motivate people to head to the Old Burying Ground and take a first-hand look.

"In this ridiculously fast-paced life, it's useful for us to step out for a moment and just contemplate that this thing that we call life, and take for granted, is finite," he said.