Remembrance Day ceremonies and events in the Halifax area 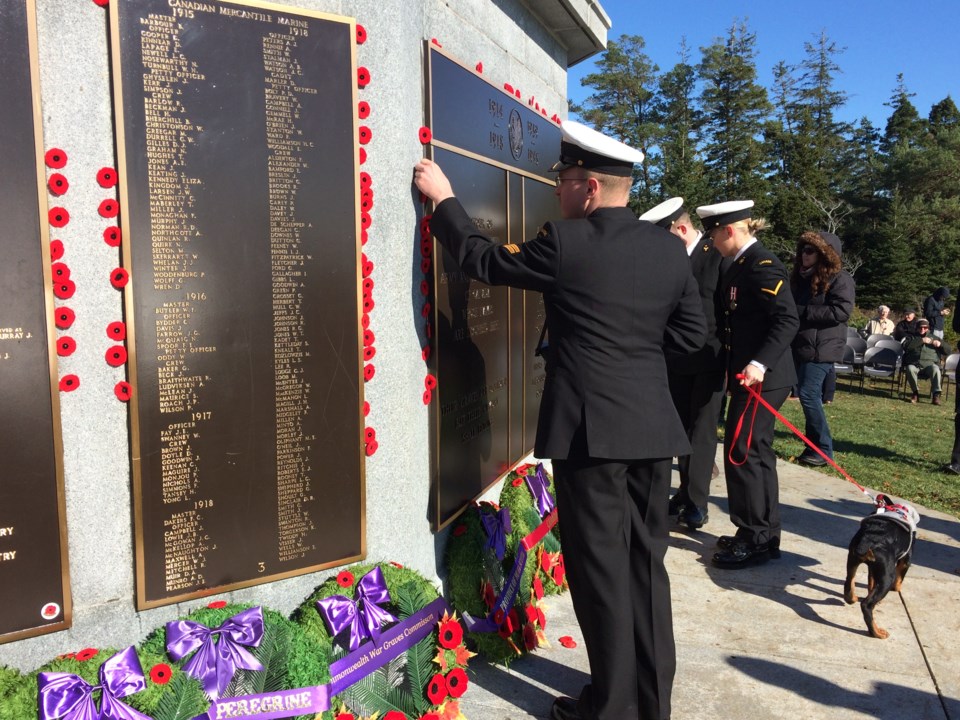 Nova Scotians will pause at the 11th hour on the 11th day of the 11th month to pay tribute to our veterans.

There will be several Remembrance Day ceremonies taking place throughout the Halifax-area, and many events leading up to Monday.

If you're planning on heading to one of them, it's a good idea to give yourself plenty of time to find a parking spot. Drivers should expect more pedestrians than usual out and about as they head to ceremonies.

Halifax Transit will be running on a holiday schedule, and will be free for all veterans and military personnel, along with their accompanying family members can ride for free as long as they are in uniform or display their military identification upon boarding.

Halifax Regional Municipality says there will be a number of rolling street closures and traffic delays as Remembrance Day processions make their way to local ceremonies honouring veterans and those still serving with the Canadian Armed Forces.

Parades will be marching to the following locations on Monday morning:

There may also be processions not included here for events being held in other areas of the municipality. Some of those other ceremonies include:

Once ceremonies conclude, groups will be marching back, so traffic delays could be a factor as last as 1:30 p.m. in some areas.

Events in the Halifax-area leading up to and on Remembrance Day include:

What's open and what's closed on Remembrance Day
Nov 8, 2019 9:51 AM
Comments
We welcome your feedback and encourage you to share your thoughts on this story. We ask that you be respectful of others and their points of view, refrain from personal attacks and stay on topic. To learn about our commenting policies and how we moderate, please read our Community Guidelines.