In the wake of the Halifax Explosion in 1917, the government created the Halifax Relief Commission
Dec 8, 2019 3:57 PM By: Victoria Walton 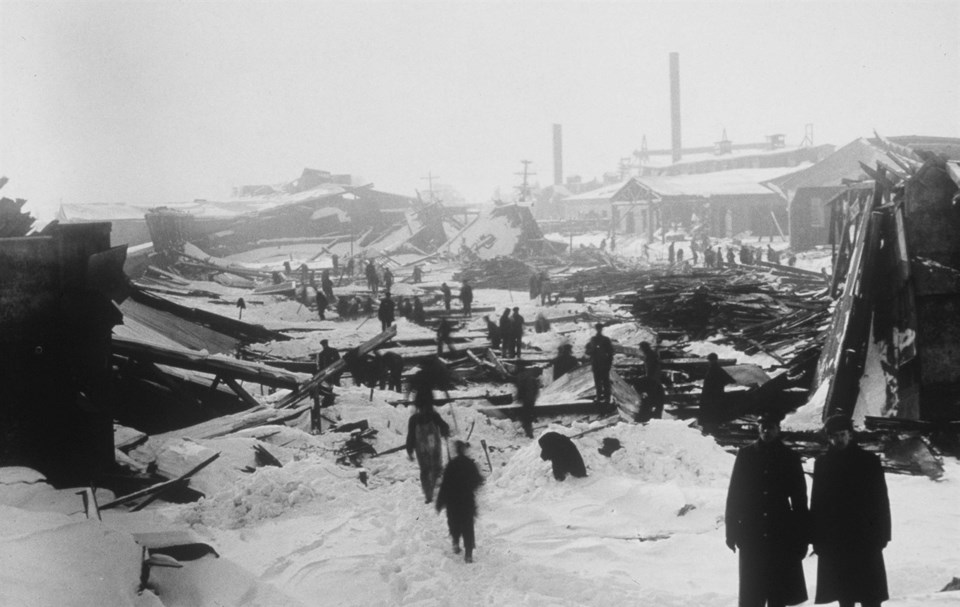 In the wake of the Halifax Explosion in 1917, the government created the Halifax Relief Commission (HRC).

Their role? To provide financial compensation to families who had lost everything.

But two Halifax lawyers have proven the Relief Commission may not have done their best to help everyone after all.

Not only did they get less in total, but they also got less percentage wise than they'd asked for, compared to white explosion victims.

McPhee began the work on the subject while still studying law at Dalhousie two years ago, after finding out there was a longstanding rumour that black people were discriminated against.

So, along with fellow lawyer Mark Culligan from Dalhousie Legal Aid, McPhee began digging through the records from the Relief Commission.

"There were a lot of discriminatory comments made in the files of African Nova Scotian claimants," says McPhee.

The article, published this September in the The Journal of Law and Social Policy, says in 34 per cent of African Nova Scotian files, HRC workers expressed doubt about the claim’s veracity. This is compared to just 16 per cent of white people's files.

"African Nova Scotian claimants were just treated in a really kind of degrading was by a lot of relief commission workers that displayed a lot of distrust" says McPhee.

Some reports made by the HRC, also use racialized language, insinuated that people of colour were trying to take advantage of the aid, and claimed they were faking injuries.

"The Relief Commission workers put much less energy into trying to find African Nova Scotian claimants" says McPhee. "And that was really apparent compared to the really extensive efforts that they would put in trying to find some of the white claimants in our sample."

Only five African Nova Scotians were awarded lost wage compensation due to the explosion, and many were denied personal effects claims or lost home claims.

In the 102 years since the Halifax Explosion, McPhee says many academics and activists have written about the impact on racialized individuals.

Although McPhee says she can't speak to how reparations should be made, since she's not part of the African Nova Scotian community, there are plenty of precedents to go off.

"if somebody was to be held to account for it I think it would be the province that would be the natural organization that would be responsible," she says. "I know that there are some activists within the African Nova Scotian community who are advocating for reparations."

In the legal setting, McPhee says it's difficult to receive reparations for historical events in Canada, but there are always other options, similar to reparations for Africville and the Home for Coloured Children.

"It would definitely be an uphill battle to bring a legal claim on the basis of this discrimination. So a political solution might be the most viable way forward."