For decades, the north end non-profit has been running a training centre for adults with intellectual challenges
Apr 30, 2019 11:25 AM By: Meghan Groff 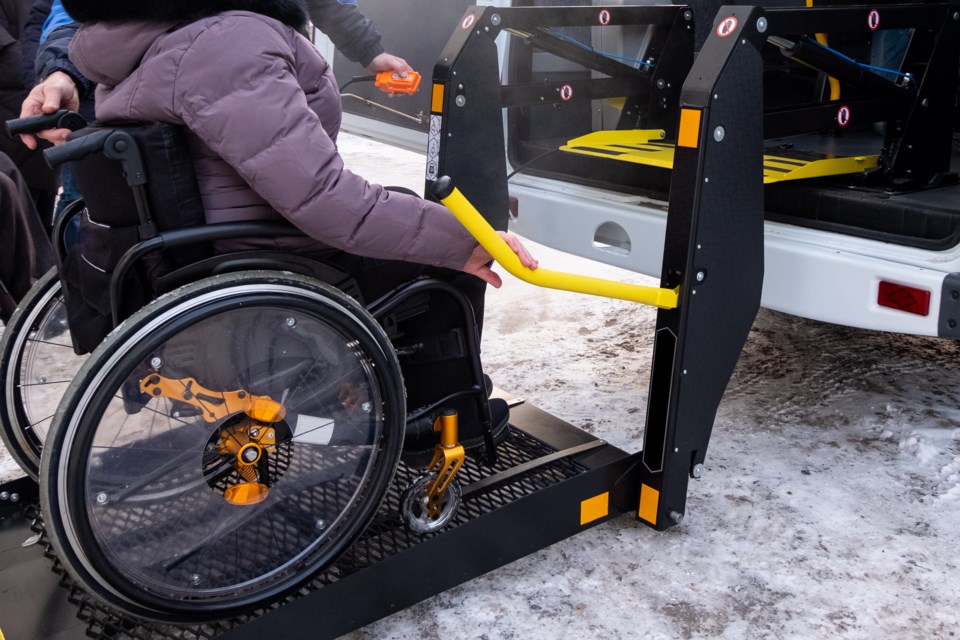 It took them almost a year, but Prescott Group has raised the $66,000 needed for a wheelchair-accessible van.

For decades, the north end non-profit has been running a training centre for adults with intellectual challenges.

"Our mission is pretty simple. It is to enhance the quality of life and the independence for the folks we serve," explained executive director Louis Brill.

The organization's 42 staff members offer their 162 clients vocational skills through a number of social enterprises including a bakery, a mailing service, making custom bags, and now running an online auction.

"Think of the Value Village model, but on Facebook," Brill told NEWS 95.7's The Sheldon MacLeod Show. "People will drop off their used stuff. We clean it up and present it on Facebook and people can bid in an auction format."

Prescott also has a number of personal development programs to enhance daily living skills, communication skills and good work habits through a variety of activities.

The organization felt giving clients the opportunity to visit different parts of the greater Halifax community would help with its mission.

"Think of the new library, farmers' market, the Canada Games Centre," Brill said. "Places a lot our clients never get to go to, either because of money or transportation, so in order to get them there, we needed a van."

Prescott kicked off the fundraising effort at the Blue Nose Marathon last year.

Shortly after, musician Matt Andersen played a sold out show in Wolfville, which raised about $5,000 for the van.

Then the effort took a big leap forward when a local architect contacted the organization. Charlie Ritcey made a $30,000 personal donation, the largest in Prescott history.

"I could give back so I did," Ritcey said in a news release. "A van is tangible. It is easy to see how it can improve the quality of life for clients."

The group also ran a Chase the Ace, then was able to secure the rest of the funding through a successful application to the John and Judy Bragg Family Foundation, which matched Ritcey's donation.

"The van's ordered. It's being refitted in Moncton right now to be wheelchair-accessible and it will be here before the Blue Nose this year," Brill said. "A great win for Prescott and we couldn't be more grateful."

However, purchasing the van doesn't mean the end of fundraising for organization.

Brill said they want to continue to expand opportunities for adults with intellectual challenges in the Halifax area, but right now there's a waiting list of up to four years for admission into Prescott.

"We simply don't have the current capacity to grow. We want to serve more, we know there is more work to do and we intend to keep pushing forward."

Their next Chase the Ace starts on May 9 and after last year's success, the group will be entering another team in the Blue Nose this year.

"Instead of having our clients tucked away in the north end, we were front and centre in the biggest sporting event in Atlantic Canada,"  said Brill. "It was such a thrill for our clients and their parents who thought never could they handle that crowd."

"Not only did they handle it, they nailed it."

Small drop in pump prices
Sep 18, 2020 5:25 AM
Comments
We welcome your feedback and encourage you to share your thoughts. We ask that you be respectful of others and their points of view, refrain from personal attacks and stay on topic. To learn about our commenting policies and how we moderate, please read our Community Guidelines.