RCMP remind drivers to buckle up

RCMP charged over 2,200 people in Nova Scotia last year for not wearing a seat belt or wearing one incorrectly
Mar 9, 2018 9:58 AM By: HalifaxToday Staff 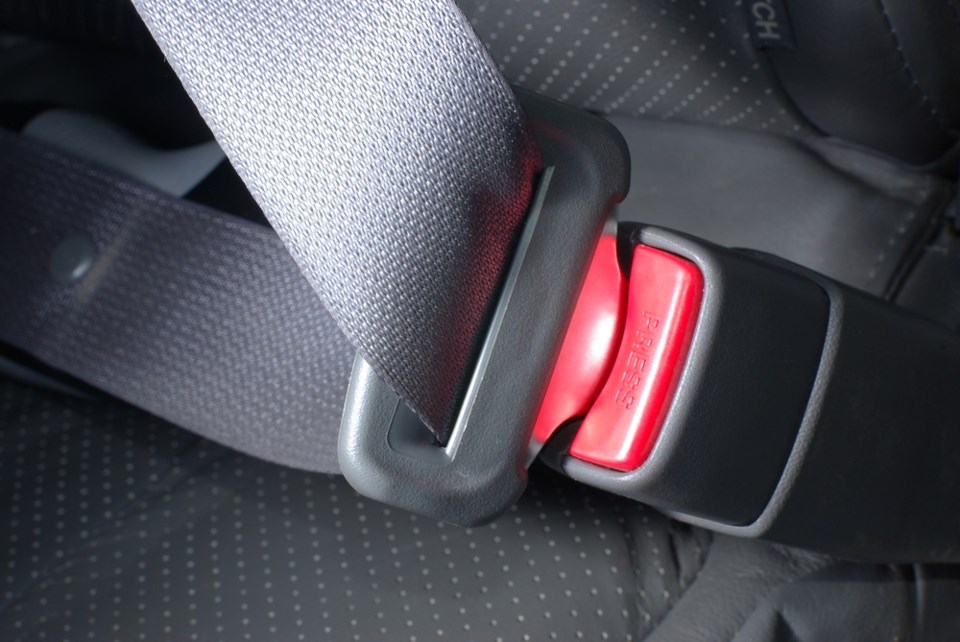 Nova Scotia RCMP is asking motorists and passengers to make buckling up a habit this year.

People often talk about breaking bad habits but making good ones can be just as important when it comes to road safety. Properly wearing a seat belt is one of the best habits you can make to protect yourself and others because unrestrained people can become projectiles in a collision. This means that if someone isn't wearing a seat belt, they can be thrown into the windshield, dashboard, car seats or other people.

In 2017, Nova Scotia RCMP charged 2,247 people for not wearing a seat belt or wearing one incorrectly.

"People who regularly wear seat belts tend to automatically buckle up every time they get in a vehicle," says Cst. Chad Morrison of the Nova Scotia RCMP. "If you make it a habit, you'll eventually find yourself doing it without even thinking about it."

A seat belt should be used properly and be in good condition. It should only be worn as directed by the manufacturer (for example, a shoulder strap should not be tucked behind the back). Improperly wearing or altering a seat belt in Nova Scotia can result in the same consequences as not wearing one at all.

The driver is responsible for ensuring that passengers under 16 are wearing a seat belt. Children can use an adult seat belt when they are nine years old or 4-foot-9 (145 cm). Otherwise, kids must be buckled in using a car seat or booster seat. Parents and guardians can help kids stay safe by enforcing and modelling good seat belt habits.

Nova Scotia RCMP has zero tolerance for not wearing seat belts or wearing them incorrectly. Fines start at $180 and add two points to your licence.

Help protect everyone and make buckling up a habit this year. Seat belts save lives.