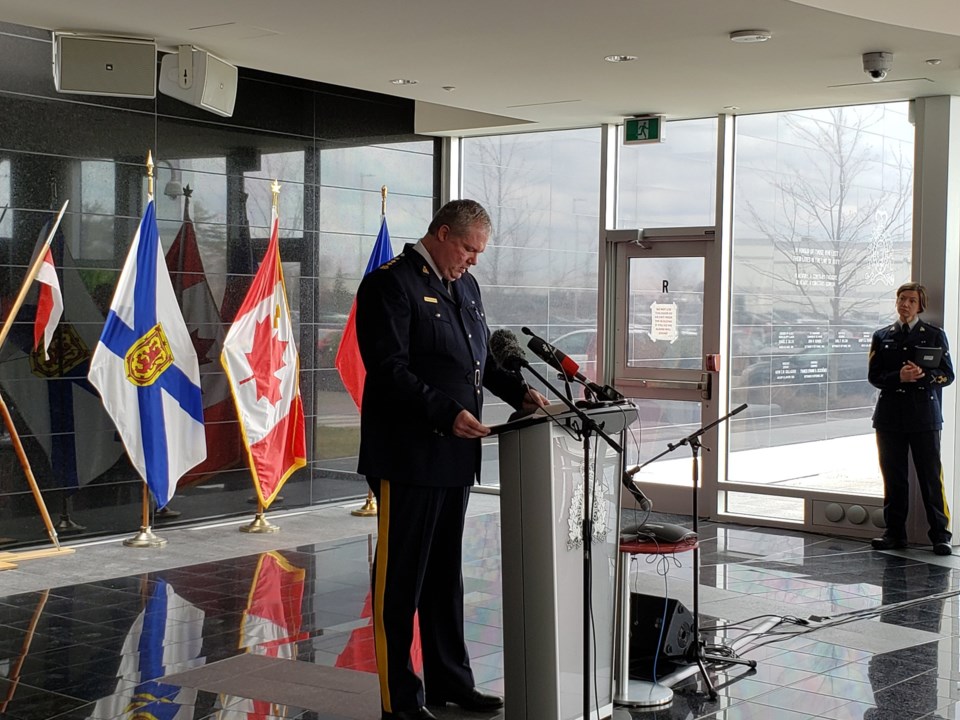 RCMP now say there are "in excess of 19" people dead after a mass shooting in our province.

At least 18 lives were taken in the rampage that began in Portapique on Saturday night.

The suspected shooter was also killed after being intercepted by police.

At a Monday afternoon news conference Chief Supt. Chris Leather said the victims are both men and women.

"We've been unable to fully examine the crime scenes because, for instance, we have had five structure fires, most of those being residences, and we believe there may be victims still within the remains of those homes, which burnt to the ground."

It's also not known exactly how many people were injured in the shooting spree, but the total includes an RCMP officer. Cst. Chad Morrison has been released from hospital and is now recovering from his gunshot wounds at home.

At around 11:30 p.m. Saturday night, RCMP said in a Twitter post they were responding to a firearms complaint in the Portapique area. It would be another 12 hours before the suspected gunman was stopped by police at the Enfield Big Stop.

"His ability to move around the province undetected was surely greatly benefited by the fact he had a vehicle that looked identical in every way to a marked police car," Leather said. "And beyond that, he was wearing a police uniform that was either a good fabrication of, or actually a police uniform."

Leather said that mock cruiser was located at the crime scene where Cst. Heidi Stevenson was killed.

"That vehicle was one of the two vehicles that were then fully engulfed in flames," he said.

"After the police vehicle he was driving was no longer drivable, he was able to acquire other citizens' vehicles, to which I won't say anything more about because it's subject to an ongoing investigation, to then circulate around the province steps ahead of our investigators."

Leather added the complex investigation is still in the early stages.

"I know this is a challenging time for Nova Scotians and that there are still so many unanswered questions," Leather said. "I want to reassure you we are working hard to find out as much information as possible in the days and weeks to come."

"We will be in this for months to come I'm sure."