Raptors fans in Halifax gear up for Game 4 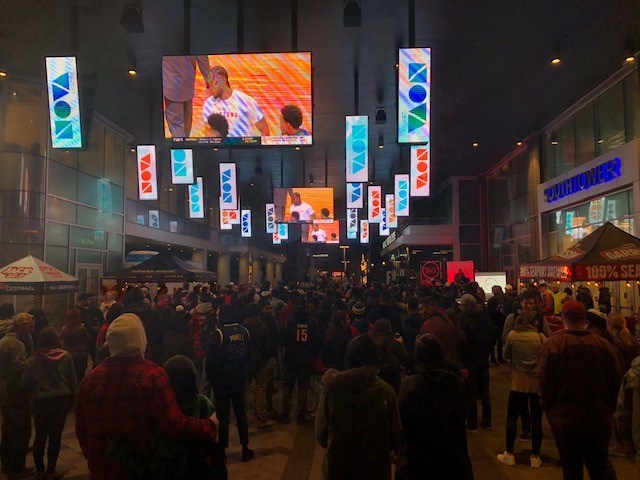 It promises to be a festive atmosphere as the Toronto Raptors look to take a stranglehold on their best-of-seven NBA final series Friday night.

The Raps are in Oakland for Game 4 with the Golden State Warriors, holding a 2-1 series lead.

Here in Halifax, fans are encouraged to join the crowd at Rogers Square for the Tidal League Block Party, with things there getting underway at 9 p.m.

Tipoff is scheduled for 10 p.m., and if you're not near a TV, you will be able to catch the radio broadcast on NEWS 95.7.