Environment Canada says localized flooding in low-lying areas is possible and heavy downpours could cause flash floods and water pooling on roads
Oct 11, 2018 9:13 AM By: HalifaxToday Staff 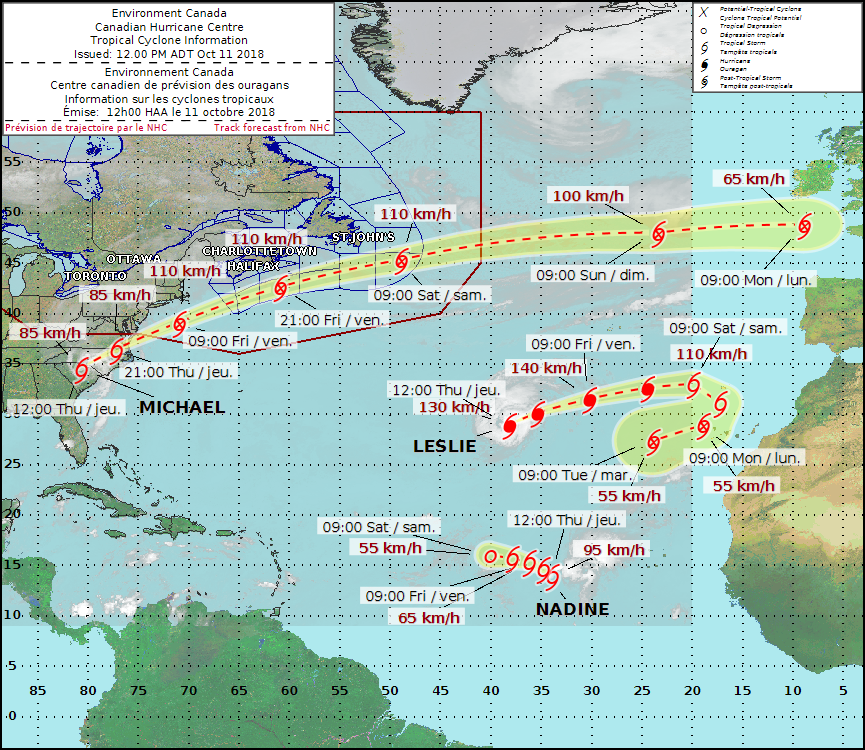 Environment Canada has issued a rainfall warning for much of Nova Scotia, including Halifax Metro and Halifax County West.

A warm front approaching the province from the west will bring steady rain.

By Thursday night rain could be heavy at times as the system to interacts with moisture from what will be post-tropical storm Michael.

"At this time, total rainfall amounts of 30 to 60 mm are expected by Friday evening, with amounts possibly reaching 80 mm in areas of heaviest rain," said the warning from Environment Canada Thursday afternoon.

Michael is expected to stay south of Nova Scotia, but there is still some uncertainly with the intensity and speed of the storm.

"A slight shift in the track could significantly affect the rainfall amounts over Nova Scotia."

Environment Canada said localized flooding in low-lying areas is possible and heavy downpours could cause flash floods and water pooling on roads.