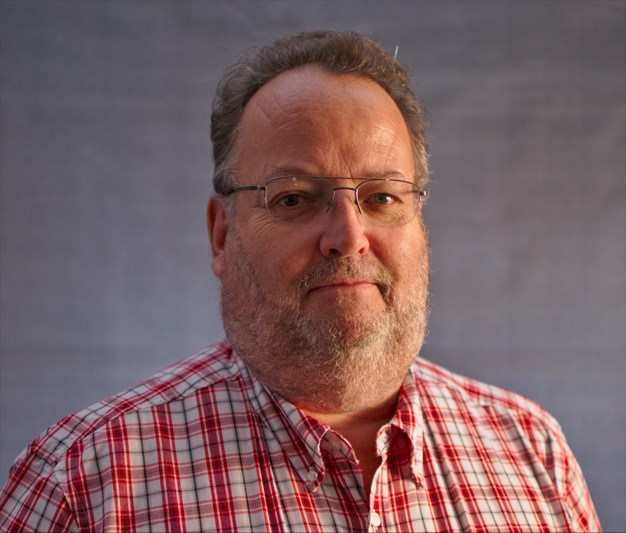 This time of year always includes two events commemorated by trade unionists and supporters in Nova Scotia and across the country.

First, was the national Day of Mourning (April 28), a remembrance held to honour those who’ve been killed on the job, died as a result of occupational-related illness or been injured at work.

The second is International Workers’ Day, which is taking place today. Also known as May Day, it’s a time when unionized private- and public-sector employees celebrate organized labour’s achievements and look to the future.

International Workers’ Day happenings are to include a rally at 3:30 p.m., at 1505 Barrington Street in Halifax, and a march.

According to Statistics Canada, 29.7 per cent of employees in this province were unionized in 2018. It says the national rate was 30.1 per cent.

On labour’s front lines, the Nova Scotia Federation of Labour has several campaigns on the go, and officials also have their eyes on the federal election in October. The federation is the umbrella group for affiliated unions here.

The NSFL since 2015 has been led by Danny Cavanagh, a former president of the provincial branch of the Canadian Union of Public Employees.

He spoke with HalifaxToday.ca recently about wages – Nova Scotia’s minimum rate increased to $11.55 an hour, from $11, on April 1 – worker safety and other issues.

HT: What’s the status of organized labour’s quest for a $15 an hour “living wage,” and why push for $15 dollars and not, perhaps, a higher hourly rate?

DC: There’ve been several resolutions that came from our (last NSFL) convention around the fight for $15. We’ve continued to push that. The majority of that work happens inside Halifax. We’re looking at the possibility of pushing that into other communities outside Halifax, but we know from some of the stuff that we hear from people that it’s a bit more of a difficult fight in the more rural parts outside the city. Fifteen dollars an hour, I guess, is kind of the number that came out of other parts of the country, where it’s been successful with that, Alberta in particular. . . . It’s an important aspect. It’ll help alleviate some of the issues that people have that are living below the poverty line.

HT: Looking at it from a different perspective, how are small businesses supposed to manage a $15 an hour minimum wage, or higher, when these types of staffing costs could harm their enterprises and potentially put them in jeopardy?

DC: For starters, we don’t believe that that’ll put anybody in jeopardy. In fact, I think having a lower minimum wage has put them in jeopardy. I know around this province, and others as well, a big concern that’s being raised more and more every day is the inability to hire workers, to get workers, to find workers (for) many of those restaurants or retail shops, or whatever the case might be. If people pay a higher minimum wage, they’re actually going to have somebody that’s going to be around for a while. When we see the businesses that want to invest in the workers by providing them with a better wage rate and maybe some benefits, and those kinds of things, then it turns out in spades for (employers) because they can rely on their workers. . . . This is one way to make sure that we’re going to keep people in the communities, and they’re not going to go elsewhere to find work because there’s a higher wage somewhere else.

HT: What else is on the federation’s list of priorities?

DC: I think in the coming months – you mentioned the minimum wage – we’re going to be taking a look at the labour standards in this province. They haven’t been updated in their entirety since 1972, I believe. There have been piecemeal fixes, and additions, and that kind of stuff. . . . But there’s not been any kind of a complete review since then. As an example, workers that are minimum-wage workers that fall under labour standards kind of programs – they deserve maybe to have some paid sick days. And we had some issues here in this province with some unionized (employees) . . . that faced some wage . . . issues because they worked for an employer who didn’t pay them for weeks on end. They’re in court for that. Some of those kinds of things, to get those kind or improvements for workers, (are important). . . . So, we’re going to look at those, in their entirety, with a comparison to labour standards across the country.

HT: The anniversary of the Westray mine disaster is May 9. The 1992 explosion killed 26 miners. Since that tragedy, the NSFL says hundreds of workers in Nova Scotia have died at work, or because of it. Who’s to blame for this sad statistic, and why?

DC: When we look at the numbers, just last year in Nova Scotia, there were 40 workers who died – 14 from injuries from work, and the others were from illnesses or diseases that they caught at work or because of work. People are going to work and they’re not coming home after their shift is done, and that’s the sad reality. We need to work and focus on changing the workplace culture in this province, and the attitudes that people have. It needs to end. When 14 people, as an example this year, are killed on the job, that’s a fairly significant number.

HT: But accidents are preventable. These industrial fatalities – they’re all preventable.

DC: That’s a key factor. So we need to do some more education with people, about making sure they’re wearing their proper personal-protective safety equipment (and) that the occupational health and safety committees in the workplaces are functioning properly. And right now, we’re working on some things to try to do some more education around the occupational health and safety, and the minister of labour here in Nova Scotia has expressed, to me, that if there’s some improvements that we want to see to (worker-safety legislation), then we’ll put those forward. I’ve been meeting with the special prosecutor here – we’re one of the few provinces that has a special prosecutor (for job-site safety infractions). We have Bill C-45, the Westray Bill, that came out after the Westray explosion. There’s been less than 20 charges, let me say, across the country. . . . We need to do some more education with the police. Because when they’re the first on scene, they need to be educated about the fact that they can shut the workplace down and begin a criminal investigation, and lay criminal charges under C-45, if their investigation leads them down that road.

HT: The Canadian Labour Congress, in a release in March, said “Canadians have a lot riding on the next (federal) election,” which is in October. What will the Nova Scotia Federation of Labour be doing in the lead-up to voting day?

DC: We’ll be working with our unions around kind of an issue-based campaign. It’s generally what we do around election time, (whether) it’s provincial or federal elections. I think, first of all, we need to make people understand that there’s still some – you know, the ban on asbestos that the federal government put in place (in 2018) was fairly good. We’re still concerned about the pharmacare issue. We would have hoped by now we would have heard something more concrete, that a pharmacare plan would be put in place. We’re still kind of fearful of the lobby that the pharmaceutical corporations put on. . . . The whole Phoenix pay issue (regarding a problem-plagued pay system for federal public servants), I think, is an important issue. . . . This government’s got to understand the kind of demographics, I guess, around the Phoenix pay system, and how it’s putting (government workers) in really bad positions.

HT: The federation is preparing a video series about labour issues in this province. What prompted your organization to do this?

DC: You know, often times through mainstream media we don’t often get the complete message out that we want to get. So there’s the sound clips that go with TV or radio, or whatever. We just view this as a way to actually sit down and talk with some of the different union leaders about the issues they have. . . . It’s just a way to get some more detail in plain language out to everybody in the community . . . so they can have a better understanding of what the issues are.

NOTE: This is a corrected article. It originally stated the International Workers’ Day rally was taking place at 5 p.m., at the Grand Parade