Province thanks Armed Forces for their help with hurricane clean-up 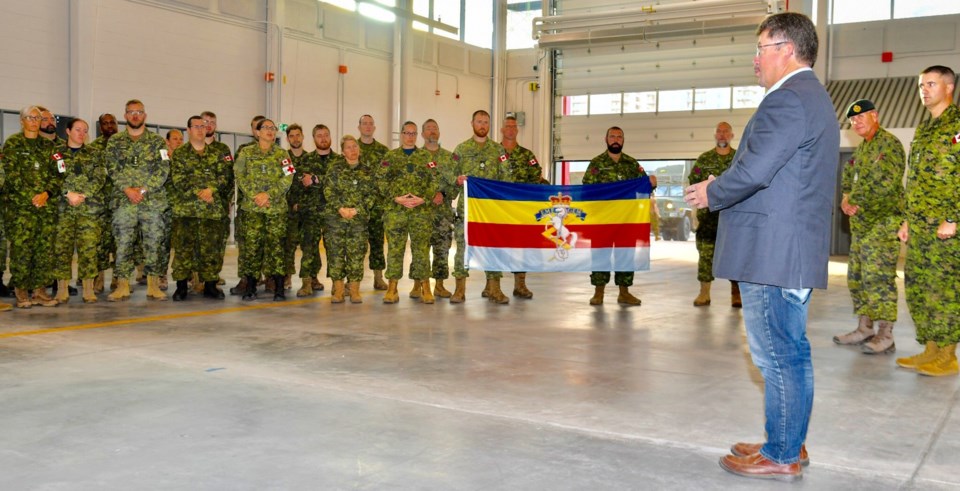 Minister Chuck Porter visited Joint Task Force Atlantic on Saturday to thank them for their work during the days following Hurricane Dorian.

Porter, who is the Minister responsible for the Emergency Management Office (EMO), expressed thanks on behalf of Premier McNeil.

"We appreciate the efforts of our Canadian Armed Forces members who deployed across the province, bringing not only much-needed assistance but also a sense of comfort and security to our communities," Porter is quoted as saying in the release.

Their help was first requested by the minister on September 7, the same day it made landfall outside Halifax, and they remained for the past week.

Four-hundred and fifty members of Joint Task Force Atlantic were involved in the response, deployed to areas from Yarmouth to Halifax to Inverness.

"I am very proud of the men and women of the Canadian Armed Forces who left their families at home and stepped forward to assist our neighbours, friends and families here in Nova Scotia," says Rear Admiral Craig Baines, Commander of Joint Task Force Atlantic.

The EMO says over 600 trees and objects were cleaned up, and almost 9,000 kilometres of streets and roads were surveyed for safety.

"Nova Scotians recognize that this support took members away from their own families and we are all very grateful to them for the support they provided in the aftermath of the storm," adds Porter.

Although the physical clean-up is over, Nova Scotia Power is continuing to work until electricity is restored to all customers in the province. The utility has brought in their own resources from outside the province for additional support.

The EMO continues to operate the provincial coordination centre to help facilitate these efforts.