Protesters want municipality to address racism in the workplace

Activist Raymond Sheppard said African Nova Scotian municipal workers are being passed over for promotions and have to endure racial slurs
May 8, 2018 3:24 PM By: Meghan Groff 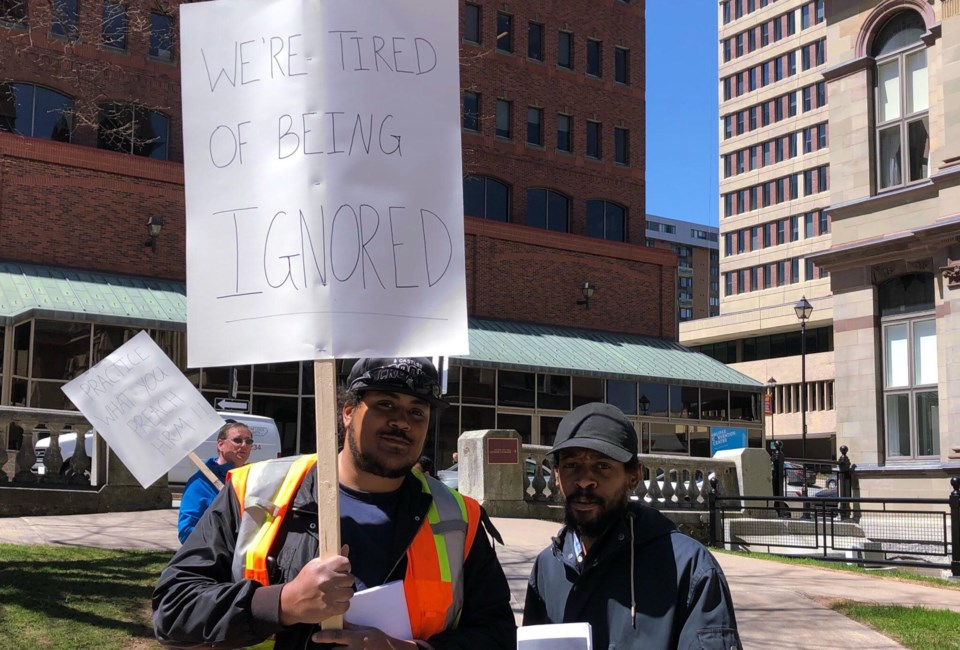 "People in back of me have been passed over for promotions, there's racial slurs in the employment environment, there's anti-Black sexism when it comes to people of different orientations," he said.

Sheppard said there's a lot of diversity in Halifax, but that isn't being reflected in municipal workplaces.

"The consultations with employees and interviews with supervisors suggest that the business unit is caught in a self-sustaining cycle of prejudice in which African Nova Scotians continue to be negatively impacted by experiences of harassment and discrimination, and supervisors and other employees dismiss these concerns or blame the victim for their response."

The report made a number of recommendations and Sheppard said he wants to see all of them implemented. He also wants African Nova Scotians to be either consulted on or included in the process.

"Creating meaningful change takes time, and building a more diverse and inclusive culture and an equitable and safe environment for our employees remains our priority, he stated. "We know we can do better than our past and we are committed to making it happen."

He said not many supervisory MOPS positions have opened up in the last two years, but none of the successful candidates have been African Nova Scotian.

"We're systematically addressing the recommendations of the Employee Systems Review (ESR), including employment equity, workplace respect and behaviour, diversity and inclusion, and other issues raised by all employees including those in the former municipal operations (MOPS) group," he said.

Dubé said an updated progress report on the implementation is expected within a month.