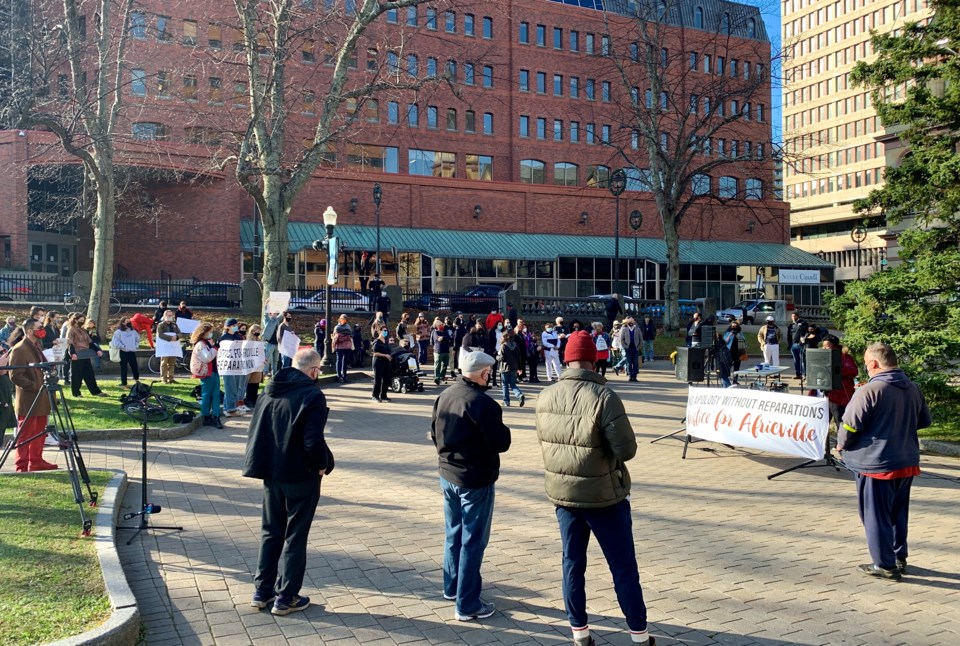 More than 100 people showed up to demand reparations for Africville’s destruction (Chris Stoodley/HalifaxToday.ca)

Africville’s former residents, descendants and allies rallied at Grand Parade this afternoon to demand reparations for the destruction of their community.

“Today is the day of change,” said Eddie Carvery who was 11-years-old when his family was forced out of Africville. “Let’s escape that world of racism. Let’s be the forerunners of tomorrow.

“All we want is our community back. We don’t want to be excommunicated. We want to move forward. We’re a part of this society.”

more than 100 people have showed up to the rally so far in front of Halifax City Hall pic.twitter.com/t6uWs06d9d

The event, called No Apology Without Reparations: Justice for Africville, saw more than 100 people rally in front of Halifax City Hall.

It highlighted that the city’s 2010 apology and settlement did not include any reparations as was suggested by the United Nations.

Instead, the settlement included two unowned acres of land and $3 million to rebuild a replica of the Africville church in the north end near the Bedford Basin.

Now, former residents and descendants have filed for a class-action lawsuit seeking compensation. But protestors demand the city settles rather than fights.

“Why keep us in court, dragging this out for a lengthy court battle,” Africville survivor Denise Allen said. “They should settle with us the same way they settled with other people that justifiably deserved reparations.

“If Black lives truly matter, don’t keep us in court forever and a day until we’re all dead.”

On top of that, she said reparations don’t just come in the form of financial compensation. One thing she said former residents and descendants want back is the community. 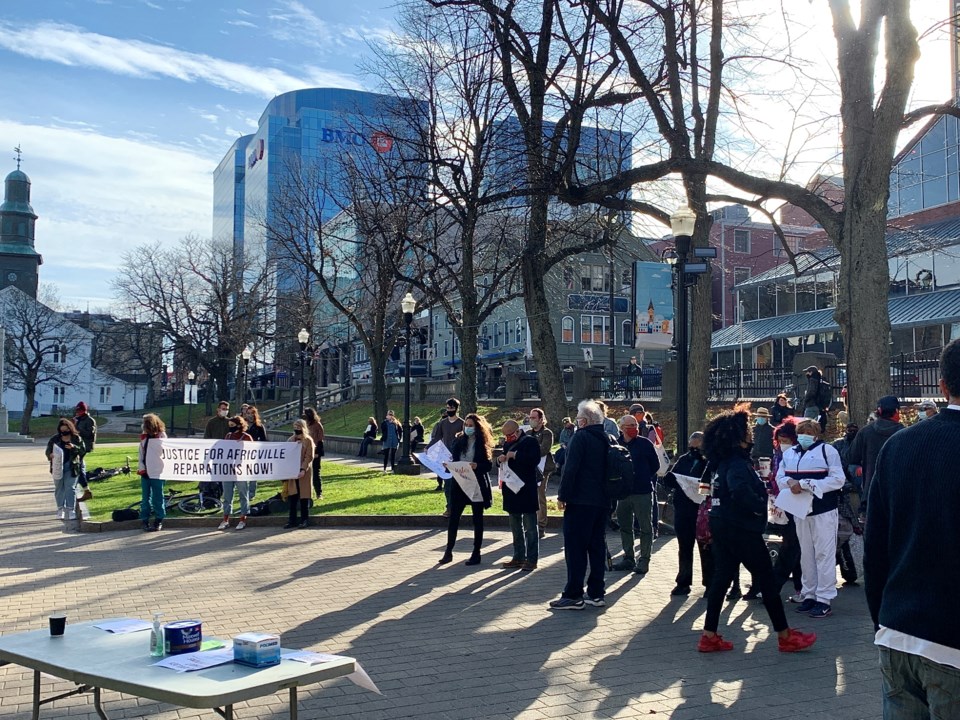 The rally was held in front of Halifax City Hall in downtown Halifax (Chris Stoodley/HalifaxToday.ca)

Africville was demolished more than 50 years ago. It was a predominantly Black community in the north end that dates back to 1848. After years of discrimination and racism, Halifax city council decided to destroy the community in 1964.

“I hope as we move forward, that we can work together, that you can educate me and that I can educate my colleagues.”

Lynn Jones said being actively involved in the movement has shown her something about Canada’s response to the situation.

“Nova Scotia is actually moving in the area of reparations probably more than any other place in the country,” she said at the rally.

She also said the book R Is for Reparations, which was written by Halifax children, is the only children’s book in the world about reparations.

In October, another rally was held demanding for reparations for Africville. Around 100 protestors took over the streets of Halifax’s north end with signs and decorated vehicles.

Now, protestors ask people to call on all levels of government to begin a reparations process. Organizers hope to see 4,000 people send a message to their representatives which people can do through their website.

“It’s not over until we all come together and realize that first of all, we’re all Canadians,” Carvery said. “And we won’t tolerate this kind of behaviour. 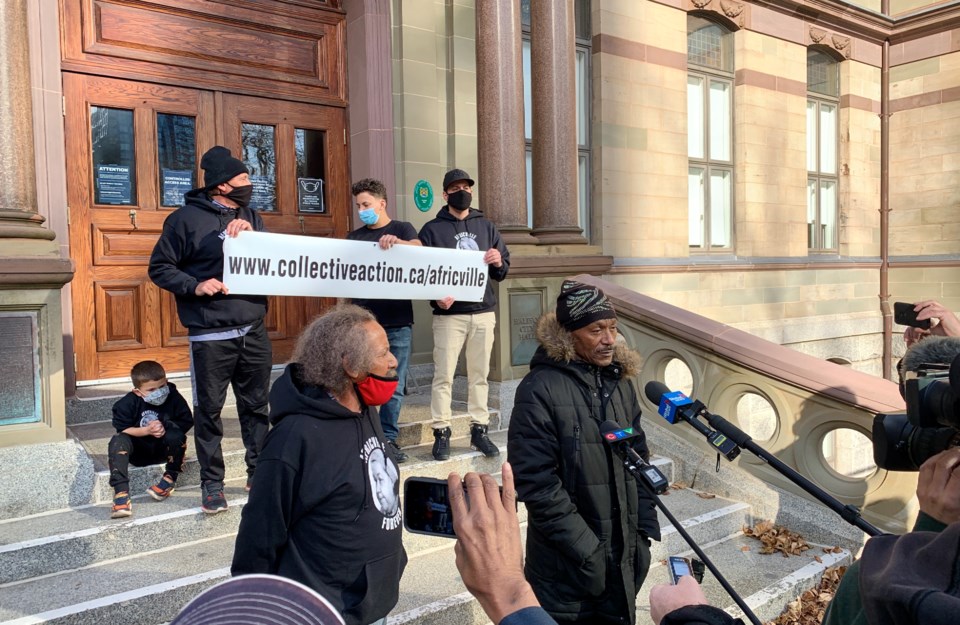 Eddie Carvery (lower left) and other Africville survivors and descendants spoke about the situation (Chris Stoodley/HalifaxToday.ca)