Earlier this month, the province announced it was cancelling the ferry's 2021 sailing season because of uncertainty around the COVID-19 pandemic
Feb 22, 2021 6:33 PM By: Canadian Press 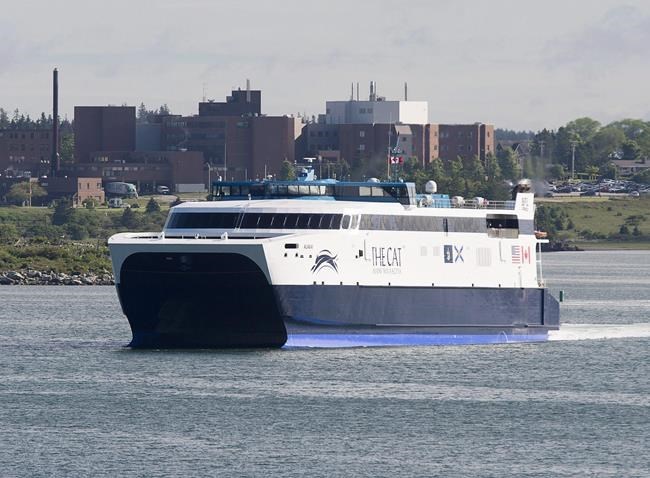 HALIFAX — A private ferry operator has released the management fees it receives from the Nova Scotia government after a judge last week ordered the figure be disclosed.

Bay Ferries said today that under a deal dated April 1, 2018, it is paid $97,500 per month by the provincial government, equalling $1.17 million annually.

The company says in each of the years it has operated the Yarmouth ferry service since 2016, it has received the $1.17-million management fee.

The release of the information about the fee was the result of a Nova Scotia Supreme Court case launched by Progressive Conservative Leader Tim Houston.

Houston launched the lawsuit in February 2019 in an attempt to enforce a recommendation by the former information commissioner, who called for full disclosure of the funding agreement.

The judge concluded in his Feb. 16 decision that revealing the number would not cause financial losses to the ferry service between Yarmouth and Maine.

Earlier this month, the province announced it was cancelling the ferry's 2021 sailing season because of uncertainty around the COVID-19 pandemic.

The 2020 season was also cancelled because of COVID-19 concerns, and the 2019 season was shelved when Bay Ferries was unable to complete construction at the Bar Harbor, Maine, terminal to meet U.S. customs specifications.

The province had budgeted $16.3 million for the 2020 sailing season and has a contract with Bay Ferries through to 2025.

Under the initial agreement with the province dated March 2016, the management fee was $65,000 per month, or $780,000 annually. The company says the fee was adjusted by agreement between the parties in the 2018 agreement due to additional duties required of the company which were not contemplated in the original agreement.

Bay Ferries may earn incentives equal to the management fee based on "incentivization wording contained in the agreement," with the maximum the firm can earn in any year being double the management fee, or $2.34 million.

This report by The Canadian Press was first published Feb, 22, 2021.