Premier weighs in on Wednesday protests against deputy prime minister

Premier Stephen McNeil telling NEWS 95.7 he respects the right to protest, until it impacts the livelihood of Canadians
0
Feb 14, 2020 8:20 AM By: Matthew Moore 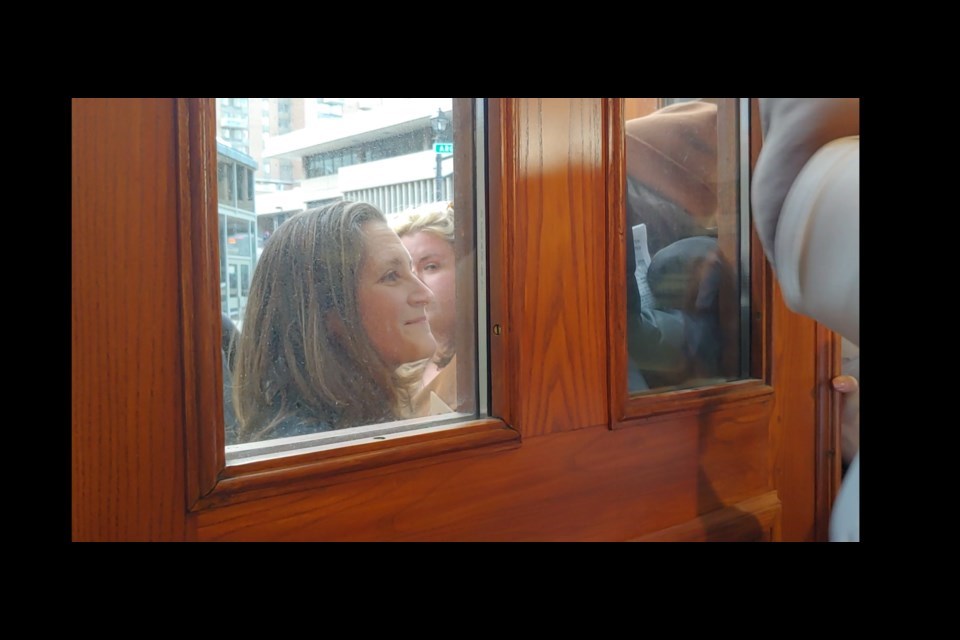 The province's premier is weighing in on protests that happened Wednesday in Halifax where the deputy prime minister's arrival in the city was met with demonstrators.

Stephen McNeil acknowledges the right to protest, but he adds business needs to be completed. He supports the right for people to protest government programs or projects, but adds the manner in which protests happen can also cause harm.

"Here we have the deputy prime minister of Canada coming to Nova Scotia to talk about the issues facing our province, wanting to help, and partnering with not only the province but the municipality to find solutions, having to fight her way through a crowd of people to get into City Hall," says McNeil. "You can express your views, you can make them known public, you can criticize government, you can do all these things, but people need to be able to move freely amongst this city."

He adds protests like the one from Wednesday can do more harm than good.

"Those protesters had their right to express their point of view, but the deputy prime minister has a right to be able to do her job, which is to represent the government of Canada in the province of Nova Scotia and in the municipality of Halifax," says McNeil. "She was going to a meeting with His Worship [Mayor Mike Savage] to discuss the concerns of the city."

McNeil telling NEWS 95.7 he respects the right to protest, until it impacts the livelihood of Canadians.

McNeil says some of the topics he focused on with Deputy Prime Minister Chrystia Freeland revolved around affordable housing in the province, something he says is top of mind for his government, and municipalities across Nova Scotia.