“The shop may look a little different next time you’re in for a haircut, the stylist may be wearing a mask, but you will be able to get your hair cut soon"
May 23, 2020 12:07 PM By: Victoria Walton 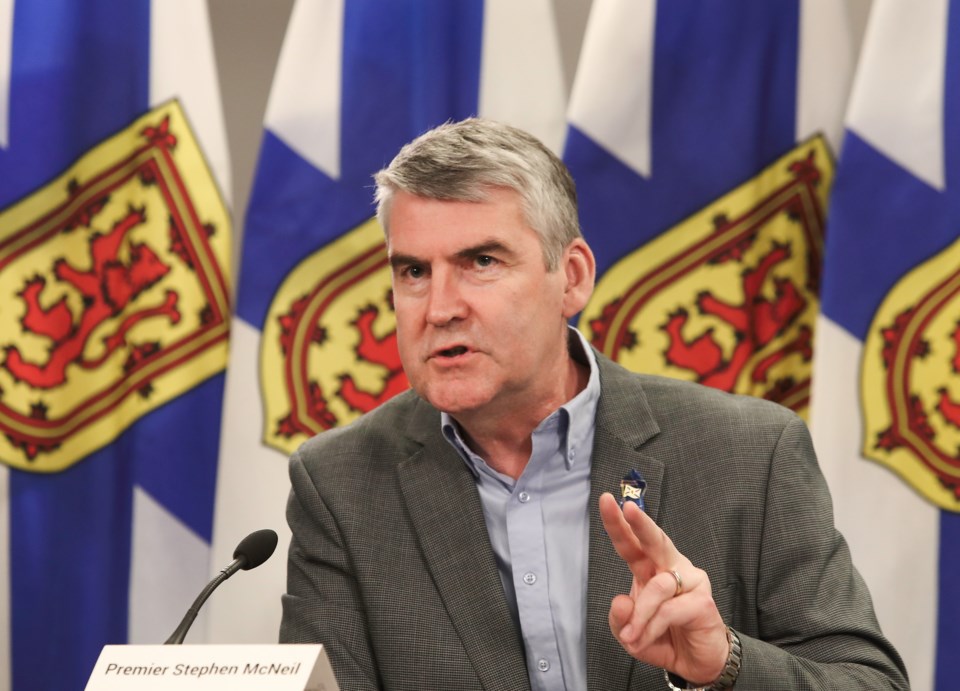 Premier McNeil speaks at the COVID update on May 22 2020. (Communications Nova Scotia)

In a Friday afternoon press conference, Nova Scotia Premier Stephen McNeil told Nova Scotians that he was pleased with how COVID numbers are slowly going down.

“We are feeling good about where we are and we’re getting ready,” he said via live-stream.

As a result, the province’s Chief Medical Officer of Health Dr. Robert Strang is in consultation with various sectors about their re-opening plans.

“I’ve been talking a lot with a lot of different groups, or in consultation in the last couple of weeks,” Strang said.

Strang said he was pleased to see cases contained with minimal public spread for the time being, and implied that Nova Scotia was reaching the end of phase one.

“It certainly has had substantive impacts but I think overall we’ve been able to limit the impact directly from COVID, and we can all be proud of our ongoing collective efforts,” he said.

In late March, industries like hair salons, daycares, physiotherapy clinics, and dine-in restaurants were ordered to close their doors.

But as active COVID-19 cases in the province reach less than 50, Strang is discussing with these businesses how they can re-open to a “new normal.”

“I think that’s a phrase we’re going to all have to get used to as we come out of the first wave of COVID-19,” Strang said Friday. “It’s not about going back to where we were in 2019, this is about a new normal living with COVID.”

McNeil says that if the curve continues to flatten, these sectors could re-open in just a few weeks.

“I have confidence in your ability to operate under these new conditions and that’s why I think we’ll be ready by early June,” he said.

But there will be on-going requirements to ensure that public health protocols are met.

“The shop may look a little different next time you’re in for a haircut, the stylist may be wearing a mask, but you will be able to get your hair cut soon,” said McNeil.

In addition to masks, Plexiglas barriers at grocery stores and one-way aisles will likely not go away anytime soon.

Distance yourself, wear a mask where necessary, sanitize your workspace regularly, and practice good hygiene,” McNeil told the public.

In restaurants and retails stores alike, McNeil said there would likely be limitations that stay in place into the future.

“As we continue there will obviously be restrictions on the size of capacity in restaurants for example or the number of people in a particular area, and those will change over time,” he said.

Other employers, from office buildings to universities, are allowed to re-open any time as long as they comply with public health.

For those who were not ordered to close but chose to anyway, you can open any time, as long as you have a plan that complies with public health guidelines,” McNeil explained. “Make sure your workplace, employees and customers are safe.”

McNeil says he will not do a phased re-opening plan so as not to give one industry an advantage over another.

But Dr. Strang cautioned Nova Scotians that they’re not out of the woods yet as a second wave of COVID-19 is still likely to hit the province.