A local councillor says the traffic on Portapique Beach Road has increased significantly
May 24, 2020 12:20 PM By: Victoria Walton 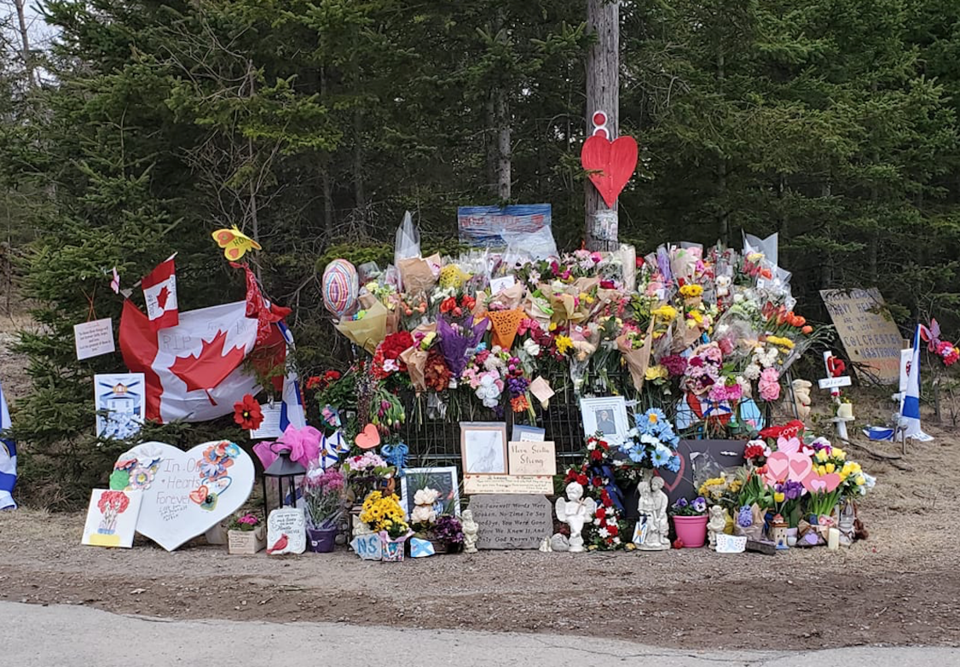 Just over a month after the Portapique shootings, Nova Scotians are still sending love and support to the small community,

But local councillor Tom Taggart says the traffic in the area of Portapique Beach Road, where the shootings began, is overwhelming.

“Even today there’s a steady stream of people that will come along and they’ll stop and they’ll stand and look over the memorial,” he told NEWS 95.7’s The Rick Howe Show on Friday.

Taggart says he’s glad Nova Scotians are showing their support, but that residents of the area also want privacy. “These people are going through a lot,” he says.

The councillor says the area is much busier than it once was, with people coming to pay their respects, but also take a look at the crime scenes.

“By dinner time this road will be like the 401 with people that are driving down to see what took place,” he says.

But as the home of the gunman on Portapique Beach Road was recently bulldozed, Taggart says there’s not much to look at anymore.

“There’s nothing to see on the Portapique Beach Road anymore, it’s all gone,” he explains.

In recent days, a group has moved the memorials that were on Portapique Beach Road to a local church.

“The nearby church is closed, it’s privately owned right now, but the gentleman that owns it, he’s built a little memorial out front there too and it’s got lots of items there,” says Taggart. “We’re going to move these that were at the end of the Beach Road here up to the site up at the church.”

The councillor hopes that with the new location, it will still allow people to pay their respects, but will give people in the community space.

“We don’t really want to take that away, we just want to take it away from the end of the road. We want to kind of get back to life here in this particular little part of the community,” Taggart says.

The new memorial site will remain up for the foreseeable future, but Taggart is hopeful that a more permanent memorial will exist one day.

“We don’t know yet where this will be a year from now in terms of what will be the proper memorial or memorial site,” he says.

The councillor still hopes that Nova Scotians come to Portapique to admire the beauty of the community, but not to impose on the privacy of residents of the small hamlet.

“By all means enjoy the beauty of our shore and community, but not on the Portapique Road,” he says.

“Everybody’s been through a lot with all the different tragedies in Nova Scotia, but particularly these folks, and we just want them to have some peace.”

Voter information cards for upcoming municipal election have been mailed out
Sep 25, 2020 11:17 AM

Halifax woman sentenced for animal cruelty : SPCA
Sep 25, 2020 10:41 AM
Comments
We welcome your feedback and encourage you to share your thoughts. We ask that you be respectful of others and their points of view, refrain from personal attacks and stay on topic. To learn about our commenting policies and how we moderate, please read our Community Guidelines.