An HRM Spokesperson confirmed Wednesday Cst. Pierre-Paul Cadieux is currently on leave from his position with Halifax Fire.
Jun 27, 2018 9:58 AM By: Andrew Pinsent 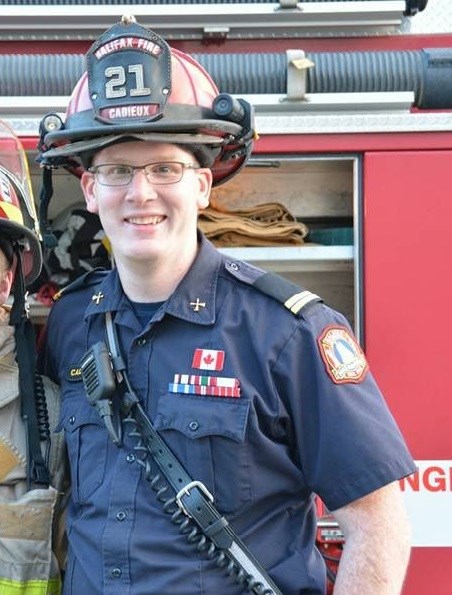 Cst. Pierre-Paul Cadieux, 35, was charged with sexual assault Tuesday after a fellow Regional Police employee recently reported an alleged incident in Halifax in 2016.

News 95.7 has confirmed Cadieux is also the Station Chief at the Lake Echo Fire Station and is currently on leave from his position.

Citing privacy concerns, HRM spokesperson Brendan Elliott could only confirm Cadieux was a volunteer member at the station and couldn't elaborate on the circumstances surrounding his current leave, such as who requested it and when it went into effect.

He also couldn't say how long he'd been a volunteer at the station.

"When it comes to personnel matters, we have to be vigilant in adhering to privacy issues and one of them is disclosing employment history," Elliott said.

A voicemail left at the Lake Echo Fire Station and at the number listed for Cadieux were not immediately returned Wednesday.

Cadieux, who has less than two years of service with Regional Police, has been suspended with pay while the court process plays out and is scheduled to return to court July 31.

The incident he has been charged in connection with happened in 2016 in Halifax, according to police, when he was in training at the Atlantic Police College and not a member of Regional Police.

Both the gender and position of the complainant within HRM are not being released by police, who don't want to release information that could identify them. Police said Cadieux and the alleged victim are known to one another.

In a statement, police said sexual assault investigations are "complex" and investigators work with victims to "ensure they’re willing to proceed with a police investigation" while also maintaining their privacy.