Dan Kinsella said he's disappointed, adding trust can take a lifetime to build, but can be lost in a moment.
Oct 10, 2019 2:24 PM By: Meghan Groff 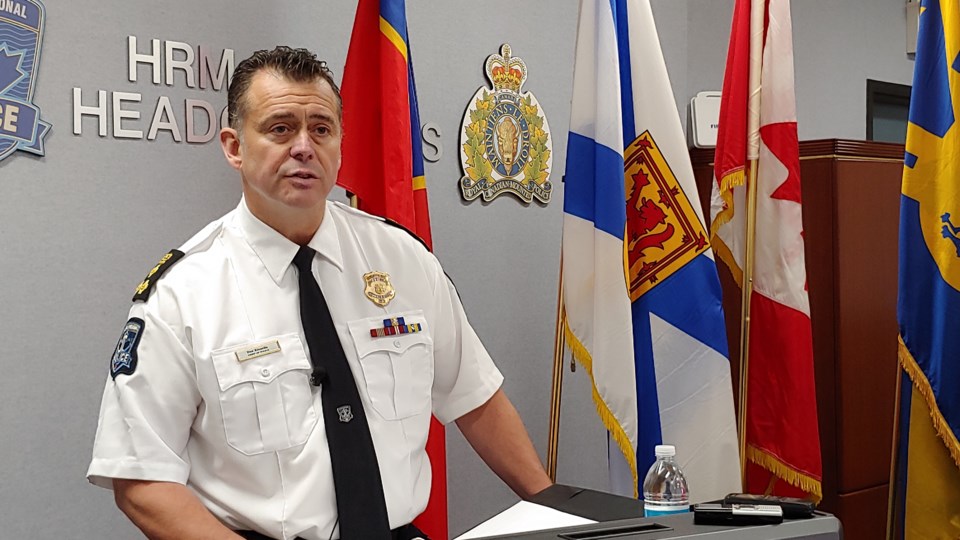 The Halifax Regional Police Chief says one officer being arrested is too many.

Dan Kinsella spoke with the media Thursday morning after three regional police officers were taken into custody in less than a month.

"Our officers' conduct is critical to building and maintaining public trust and there can be no compromises on that," he said. "The message I am delivering today, to both the public and the Halifax Regional Police employees, is that this type of behaviour is unacceptable and there will be consequences."

The first arrest came on Sept. 13 after the report of a theft at a business.

Six days later, an officer was arrested in Tantallon and charged with breaking into a home and sexually assaulting the owner.

Then earlier this week, an off-duty officer was arrested in Eastern Passage after a threats complaint.

Kinsella said he's disappointed, adding trust can take a lifetime to build, but can be lost in a moment.

"These incidents are not a reflection of our police service or the hard work and professionalism our sworn and civilian members display each and every day ... police officers are expected to be above reproach at all times, anything less is unacceptable."

All three officers are facing criminal charges and Kinsella says two of the cases have been referred to the province's Serious Incident Response Team.

"We are taking the appropriate internal discipline steps as laid out in the Nova Scotia Police Act," Kinsella said. "Each incident will be reviewed individually based on its own circumstances."

"But as an organization, we also need to look into this in its entirety. We need to take the time to understand why this happened."

Kinsella stated he can't guarantee there won't be future incidents involving police, but he did promise that people will be held accountable for their actions.