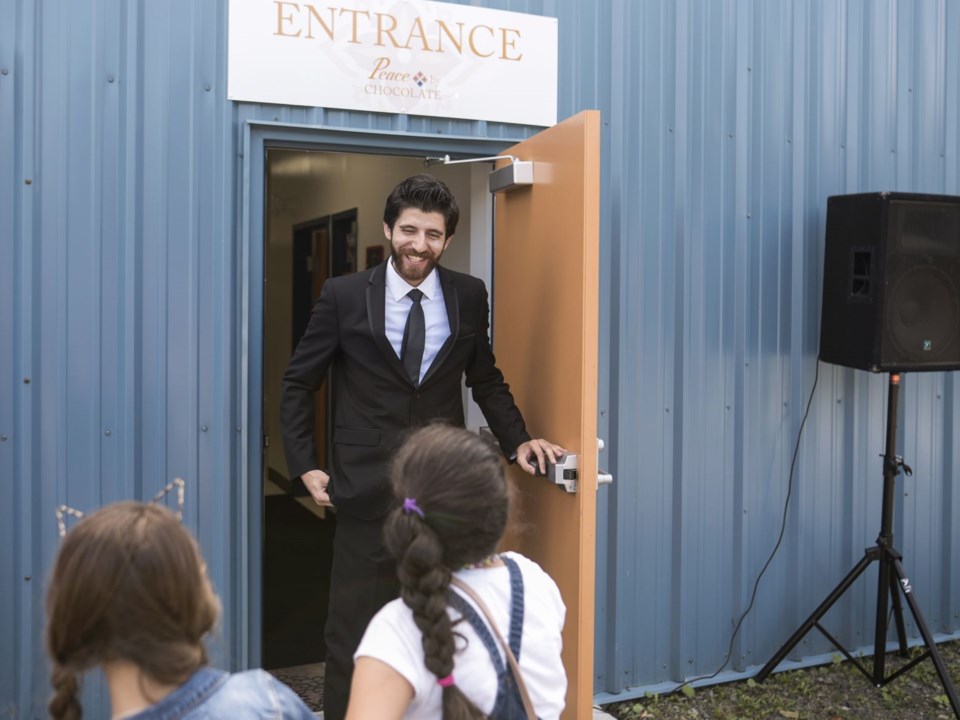 Tareq Hadhad took to social media earlier this week to share the news that he just aced his citizenship test.

"What an honour, it's been an amazing few days I've been living since passing this test," he said in an interview with NEWS 95.7.

It was bombed in 2012 and the family soon fled Syria for Lebanon where they spent the next three years in a refugee camp.

Hadhad arrived in Canada in late 2015, and was followed by his siblings and parents a month later.

After being mentioned in a speech at the United Nations by Prime Minister Justin Trudeau, the company has garnered worldwide attention and it's now a thriving business in the town.

In his Facebook post, Hadhad said he was told to bring his relatives to the swearing-in ceremony, but he isn't sure the venue will be able to fit all 37.59 million Canadians, who he now considers to be family.

"We are all in this together ... we are all one big family," he told The Sheldon MacLeod Show.

"I hope that this message really resonates with so many on the values that govern this country; freedom, acceptance, inclusion, kindness and peace," he added. "This is who we are. As newcomers we certainly care a lot about these values."

Hadhad got a perfect score on the test and after putting in a lot of effort to make sure he'd answer all 20 questions correctly.

"I have spent weeks and weeks studying," he said. "I went through Heritage Canada videos on YouTube, I went through the Discover Canada booklet and I really spent a lot of time putting a lot of thought into it. I have had a lot of conversations and have done a lot of online research."

"Throughout all the information I have gathered in the last few weeks, I understand the country better and I am honoured."

Hadhad doesn't know the exact date of his swearing-in yet, but he expects the ceremony to take place here in Halifax sometime in January.

He said his children will get to be Canadians from birth, but he still plans to make them take a citizenship test at home before they reach the age of 18.

Food film fest creates diversity scholarship for NSCC students
Sep 28, 2020 6:25 PM
Comments
We welcome your feedback and encourage you to share your thoughts. We ask that you be respectful of others and their points of view, refrain from personal attacks and stay on topic. To learn about our commenting policies and how we moderate, please read our Community Guidelines.