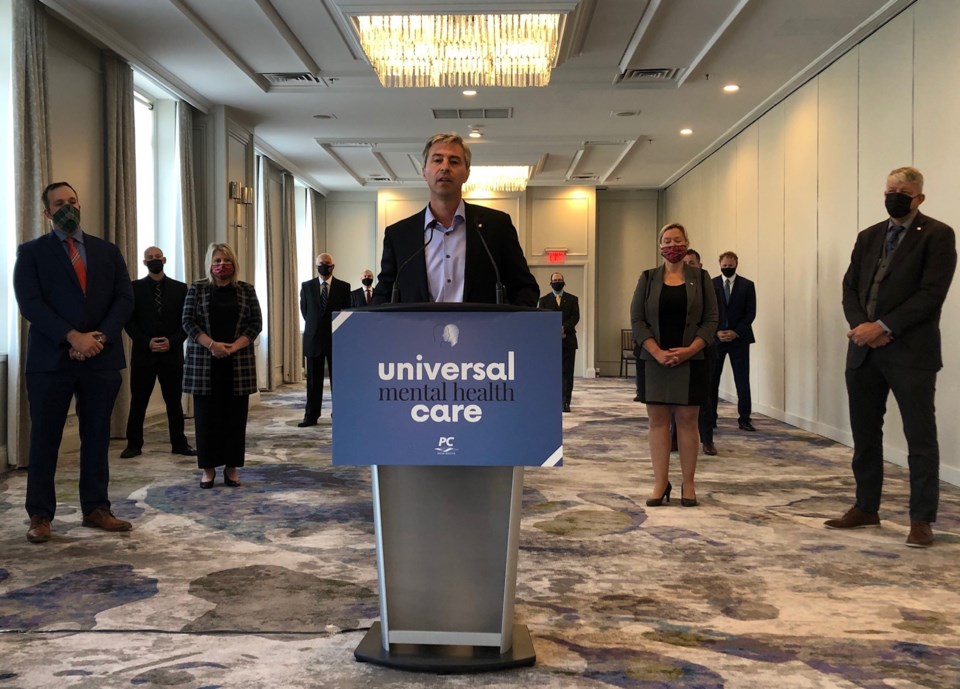 Under a Progressive Conservative government, Nova Scotians would have universal access to mental health and addictions services.

That's according to PC Leader Tim Houston, who made the announcement Wednesday morning.

The plan would include a separate department dedicated to mental health and addictions, open billing codes to allow private practitioners to deliver their service to everyone, and a 9-8-8 mental health crisis line that would be separate from 9-1-1.

"I don't know how many people will break their arm or a bone this year, but I know they will get treatment when they do," he says. "Statistics tell us that at least one in five individuals experience issues with their mental health, and many of them won't get the treatment they need."

He says access to mental health care is a right and not a privilege.

"Each of us has felt the heartbreak of seeing someone suffering, and we feel that heartbreak because we know that receiving appropriate treatment can be life-changing," he says. "And yet that support, that treatment is all too often just out of reach."

The province reports on its website, that between April and June of this year, 90 per cent of urgent mental health and addictions cases in the province's central zone were seen within 7 days.