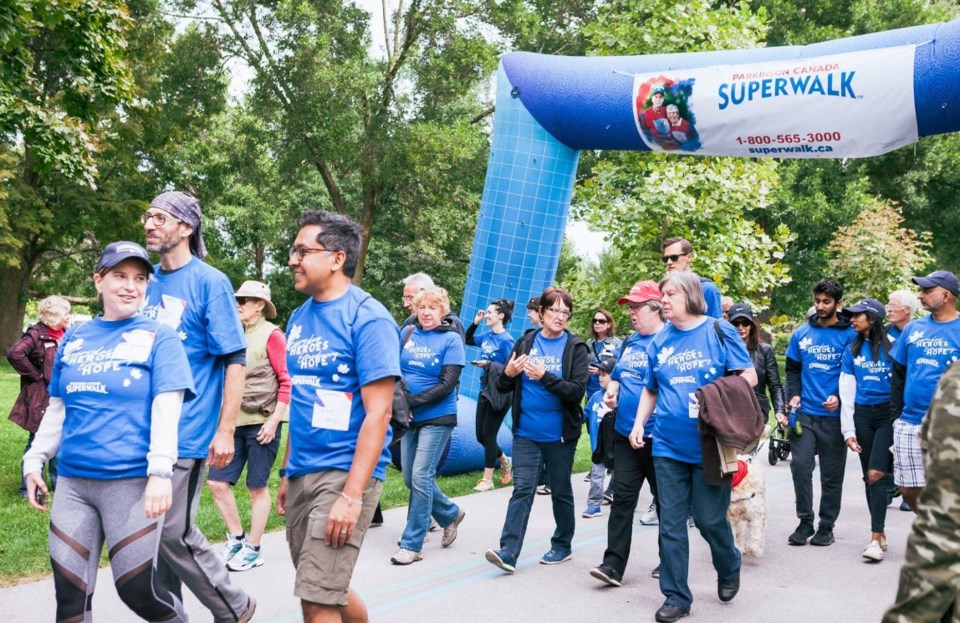 Superwalk raises about half the revenue for Parkinson Canada's Atlantic Canada branch each year.

But with the COVID-19 pandemic sidelining the 30-plus year September charity event aimed at supporting people with Parkinson's Disease, organizers have moved fundraising to online this year.

Among their initiatives have been monthly challenges they have run virtually since April, when they launched the campaign in line with Parkinson Awareness Month.

"Instead of culminating in one big walk and fundraising, we focused a little bit more on getting active and then building in the fundraising piece in that," said Ryan Underhill, Atlantic Canada's Managing Director for Parkinson Canada, of the online challenges titled Superwalk: The Movement.

Underhill admitted that the September event is also a big awareness campaign for the charity as well as an important fundraiser. As such, they have devised a "walk in a box" so that people can still engage with the event.

"We're engaging our people to continue to walk," said Underhill. "So we're hoping instead of having 85 walks (across Canada), we have a thousand smaller walks in small communities in neighbourhoods or in parks."

Underhill added people can get more information online, adding the pandemic is presenting greater challenges not only for the charity but also for people living with the degenerative disorder.

"One of the impacts of COVID-19 is, with [it being] a movement disorder, people can't get out, they can't move so we're starting to see an increase of falls," said Underhill, noting the lockdown has restricted people from services like gyms or physiotherapy.

"A lot of people are talking about the mental health impacts of COVID but if you can't get out and you already have these symptoms of anxiety, depression and apathy, it's just highlighting those symptoms for people living with Parkinson's."

He said 100,000 Canadians live with Parkinson's Disease and that researchers predict that number will double by the year 2035.

Power outage impacting customers on the Halifax peninsula
Mar 4, 2021 7:47 AM