Over 30 groups fighting for migrant workers

An organization of over 30 groups have penned an open letter to the province demanding Premier Stephen McNeil to take action
Aug 10, 2020 8:32 AM By: HalifaxToday Staff 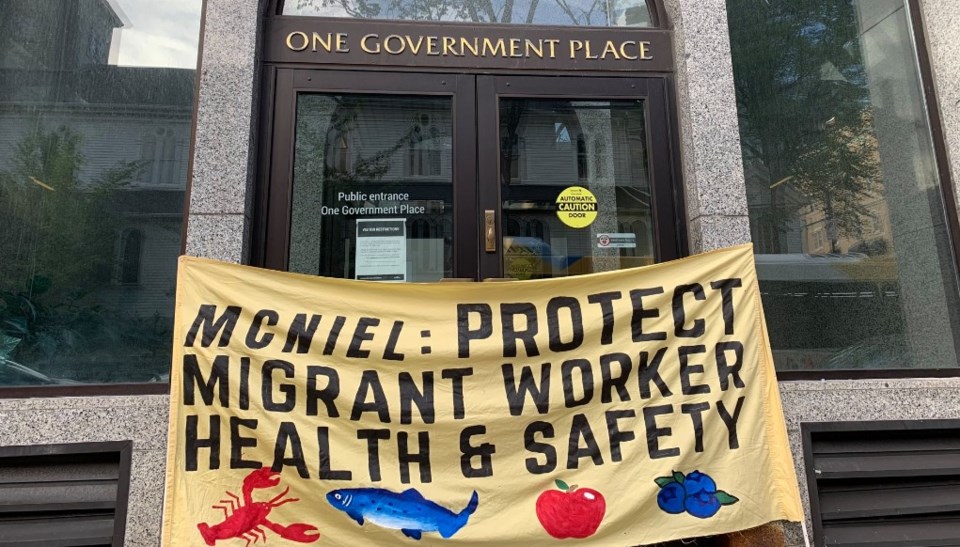 (No One is Illegal - Halifax/K’jipuktuk/facebook)

Mexican migrant workers employed in Nova Scotia and Canada have made 89 complaints to their labor ministry since 2009, according to Stacy Gomez, an organizer with No One is Illegal - Halifax/K’jipuktuk.

The organization is one of 30 groups who have penned an open letter to the province demanding Premier Stephen McNeil to take action for the safety of migrant workers in Nova Scotia.

The collective said the letter comes after allegations by migrant workers in Nova Scotia about poor living and working conditions, wage theft and threat of deportation.

As well, reports say many are being restricted from leaving the farms they work on.

"This impacts their ability to access social support in addition to other important things," Stacey Gomez told Matt Brand, sitting in for NEWS 95.7's The Todd Veinotte Show. "That's also why it's concerning what we are seeing."

The letter also comes amid the COVID-19 pandemic which has taken a toll on migrant workers with 3 virus-related deaths and over a thousand others infected.

However, Gomez said the latest issues are not isolated incidents related to the pandemic.

The letter contains a total of 17 demands for the Nova Scotia government including access to public health care for all migrants and protecting migrant workers against retaliation.