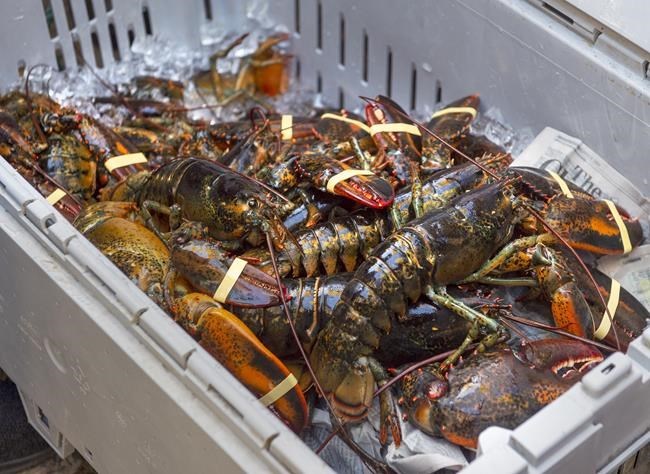 HALIFAX — The fishing season in one of Nova Scotia's most lucrative lobster-harvesting areas is set to go ahead next week after authorities failed to spot any endangered right whales.

Earlier this week, Fisheries Department officials suspended the lobster season — which was supposed to begin Monday — after right whales were detected off the southwest coast of Nova Scotia

But department spokeswoman Robin Jahn said in an email Thursday that a recent surveillance operation over the Roseway Basin failed to spot any whales, and therefore, she said, officials will greenlight the start to the lobster season.

The closure affected LFA 33 and 34, some of the largest lobster-fishing areas in Nova Scotia.

Fisheries officials warned, however, that if right whales are spotted in the area once again, the department will suspend the fishing season.

The endangered North Atlantic right whales have changed their migratory path and are increasingly getting entangled in fishing gear and hit by vessels as they move north in search for food.

This report by The Canadian Press was first published Nov. 27, 2020.

Former inmates not getting health-care support they need upon release
Jan 15, 2021 6:06 PM

Nicolas Cage schools us on swearing and Keanu Reeves gets revenge: This week’s best and biggest on Netflix
Jan 15, 2021 4:44 PM